CROQUET: Colin Spencer of Downham Croquet Club stormed to victory in the Heart of Yorkshire Tournament by winning all six of his games.

The York lawns were nicely fast, the fine weather held and no fewer than five players gained Merit Awards.

Runner-up was nineteen-year-old Wendy Robertson of York CC, an up-and-coming player to watch.

A few days after winning in York, Colin joined his doubles partner Gill Dobson and retained the Barrett Pot at Downham Croquet Club in an exciting match with Derek and Ruth Cole.

They played the best of three and triumphed by taking the games 7-3 and 7-2.

Despite an entertaining day’s play in brilliant sunshine, the away team lost the match 4-0. 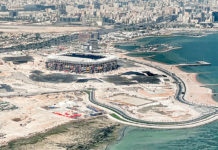