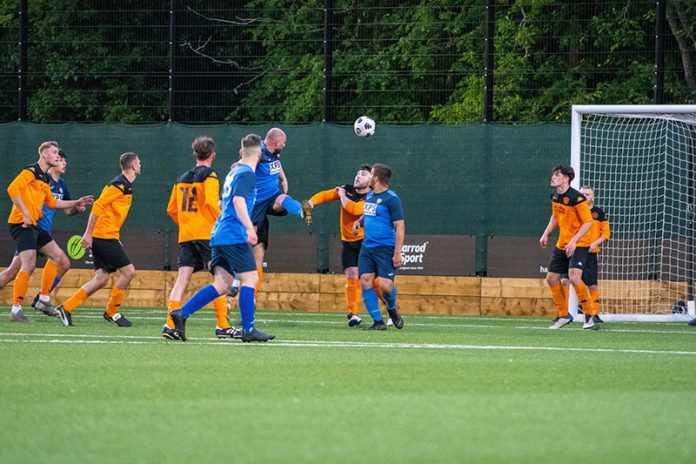 FOOTBALL: A clash of the star strikers ended in defeat for AFC Lynn Napier Reserves in the 4Work Norfolk CFA Primary Cup final.

The North West Norfolk Division Three champions were hopeful of glory thanks to their talismatic striker Charlie Royle, who had 58 goals to his name.

However, they faced a similar threat in Scott Howard, of North East Norfolk League side Sprowston A and it was the Norwich side who came out on top with their marksman adding to his 44-goal haul with four more in a 4-2 success.

Sprowston took the lead after 22 minutes when a free-kick was floated into the Lynn area. It was met by a Sprowston head but drew a fine save from Lynn goalkeeper Thomas Beeby. Unfortunately the ball fell to Howard and he fired home.

Five minutes later the game was all square after an excellent turn and pass from Max Goodrum set Royle in behind the defence to add to his tally.

Sprowston regained the lead in the 31st minute when a mistake in the back line allowed Howard to beat Beeby in a one-on-one.

Lynn went searching for another equaliser after the break but fell victim to another long ball. As their defence worked to get across to a Sprowston forward it left Howard unmarked in the centre of the pitch and he was left free to complete his hat-trick to put his side 3-1 up.

Undeterred, and with 30 minutes still to play, the Lynn side continued attacking and were quickly rewarded when Liam Simper swung a delightful corner in that was met by the head of Danny Hayes to bring it back to 3-2.

They took heart from that and continued to attack but found Sprowston goalkeeper Garry Russon in fine form.

Lynn held the balance of possession but their opponents were always dangerous on the break and so it proved with 15 minutes remaining when man of the match Howard broke their hearts with his fourth goal and it was the pick of the bunch.

The forward dropped deep to meet a loose pass, laying it off to Evan Norman, before spinning off to receive the return ball, palming off one challenge and calmly side footing past the onrushing Beeby in stylish fashion.

Lynn continued to press and Royle hit the bar, with another effort cleared off the line, but it was to no avail as the Norwich team held on for victory.