FOOTBALL: Last weekend I took the opportunity to take in some Premier League football with a trip up to Merseyside. 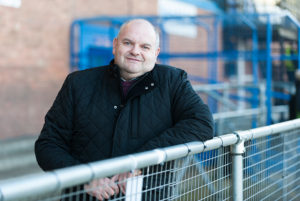 It was the chance to take in the sights, sounds and atmosphere of Anfield as Liverpool took on Norwich City in a game vital to both sides’ aspirations of title glory and survival respectively.

I’m an occasional visitor to the football mad city, unlike my brother and travelling guru for the day, who has rarely missed a home Reds league fixture over the past 20-plus seasons.

For me it’s always a special occasion to enjoy and savour, watching some of the top players in the world go toe to toe in a huge stadium, playing on a pitch that resembles a top quality Axminster carpet.

It had looked at some stages that we would be unable to make the game due to the effects of Storm Eunice whose most unwelcome visit had caused travel disruption up and down the country. However, where there’s a will there’s a way and a few tweaks to our plans meant we made it and enjoyed a competitive top-flight game.

What struck me on the train home was the striking similarities between the seasons, and challenges, that both Norwich City and King’s Lynn Town have faced in what have been difficult times for both clubs.

The match itself ended in a 3-1 home win but only after the Canaries had given it a go and had held their own for an hour before the extra class in the home camp shone through.

Indeed, the visitors led for 15-or-so second-half minutes before they caved in due to the intense pressure being applied.

This has been a trait of the Linnets who, despite holding leads at Boreham Wood and Southend, ended up losing when they had been in winning situations.

This isn’t being disrespectful to either Norwich or Lynn but when they come up against the likes of Manchester City, Liverpool and Chelsea in the former’s case or Chesterfield, Stockport County and Notts County for the Linnets, the gap in resources is huge.

Having a large squad that you can rotate is a huge advantage and in both of our local teams’ cases they just haven’t got the strength in depth in comparison to their larger and more established rivals.

Quality again is another factor, especially in the striking department.

On Saturday that was the difference. Teemu Pukki missed a great first half chance for Norwich while in the second half Both Sadio Mane and Mo Salah took theirs. That again strikes an uncanny resemblance to The Linnets’ failings in taking their chances when on top and then being punished by a clinical finish from their opposition, leaving them pointless. In 11 of their 19 defeats, just one goal has settled matters.

In reality there is far more than 45 miles separating the Canaries and Linnets, however both teams’ failings are down to the same fundamental problems – not scoring enough goals at one end and not keeping enough out at the other.

If you’re not getting the basics right on the pitch, at whatever level you’re playing at, you will struggle. That now means both clubs’ supporters are left with an anxious wait to see if relegation can be avoided.

FOOTBALL: It wasn’t the best of weekends (again) for The Linnets who, for the second time in five days, had a home game called off due to the effects of the stormy weather we have been enduring.

It appeared that The Walks had escaped Storm Eunice’s best attempts to sabotage Bromley’s visit and, when I left town early on Saturday with the sun shining, everything looked set fair.

The 9am pitch inspection was passed and that, seemingly, was that. However, about 140 miles west, rain (and snow) was falling heavily and that inclement weather had ‘fao King’s Lynn’ written all over it. Once it arrived, the pitch quickly became unplayable, meaning there was no chance of any action.

If that wasn’t enough for Lynn fans to stomach, Maidenhead pulled off a shock 2-0 victory over high-flying Boreham Wood.

The upshot of that was being they moved 15 points clear of the Linnets above the dreaded dotted line at the bottom of the National League table.

To their credit The Linnets chipped a point away from that on Tuesday as they returned from Barnet’s Hive Stadium with a 0-0 draw.

Yet again, I am sure they will be kicking themselves for their failure to convert some good chances that could have won the game.

Tomorrow’s visitors Maidenhead are a further point ahead of Lynn, having played two games more.

For all of the optimism and positive thinking, you cannot help but feel the drinks have been poured in the last chance saloon.

Lynn travel to Wrexham and Solihull to take on the league’s fourth and fifth placed teams next. February was called a season-defining month by many but with the postponements that maybe was not the case. The next two weeks most certainly are though.

Finally this week Heacham are still in the Norfolk Senior Cup but are still waiting to play their quarter-final tie at Mulbarton after the match was postponed twice.

The team are enjoying a magnificent season and further progress in the County cup would provide icing on their cake.

My best wishes go to Ross McNeill and co for when the game is eventually played.