Home Community A trek in memory of Penny

A Heacham man is to take part in a charity coastal  walk in memory of his wife of almost 50 years.

Eric Rhodes, 74, was left heartbroken after his wife Penny died two months ago aged 73 after she was diagnosed with an inoperable brain tumour.

“Penny and I were together for 50 years and many people were used to seeing us walking together hand-in-hand,” he said.

On March 1, with a picture of his beloved wife tucked in his jacket pocket, Mr Rhodes is planning to walk from Cromer to his home village of 40 years to raise funds for The Norfolk Hospice, Tapping House.

“I will always remember a particularly poignant comment Penny made in the early hours a fortnight before she died,” said the grandfather-of-two.

She said: “I don’t understand what’s happening to me. I feel as if I’m going down the wrong road. I want to walk down the road with you.”

In tribute to his wife, who worked at Norfolk Lavender, Mr Rhodes has named his challenge the Penny for Your Thoughts Walk.

“In 1990 I took part in a fun run along the newly completed Snettisham bypass in aid of Tapping House, it never occurred to me that we would one day need them,” said Mr Rhodes, who taught at what was then known as Middleton Middle School.

“We remained together in our own home with the invaluable help of The Norfolk Hospice ‘at home team’ who provided care in every sense of the word and were with us every step of the way,” he said.

The couple have two children, Megan, 43, and Stuart, 38, who Mr Rhodes taught during his time as a teacher. 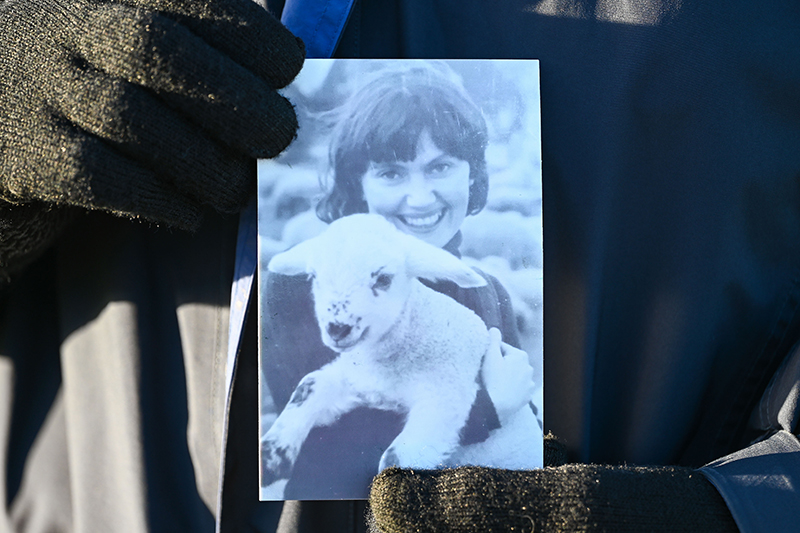 “My son is training to do a half-marathon for The Brain Tumour Charity so I wanted to do my bit,” he said.

Mr Rhodes’ solo trek will take around three days to complete and he will stay at both Cromer and Cley-next-the-Sea.

“I used to go off for a walk when Penny was with her friends, she used to worry I would get lost.

“But I have been training and doing some 10-mile walks. I am looking forward to the challenge. Penny deserves it and she will be with me,” he said.

Donations for Mr Rhodes’ Penny for Your Thoughts Walk can be made online at www.justgiving.com/Eric-Rhodes