Long before FIFA, gamers used to get their football kicks in a very different way.

Using their fingers to play was the only similarity when comparing today’s computer games to yesteryear’s tabletop fun. But it’s the latter, an old favourite, that’s making something of a surprise comeback locally thanks to the efforts of Darren Gray. 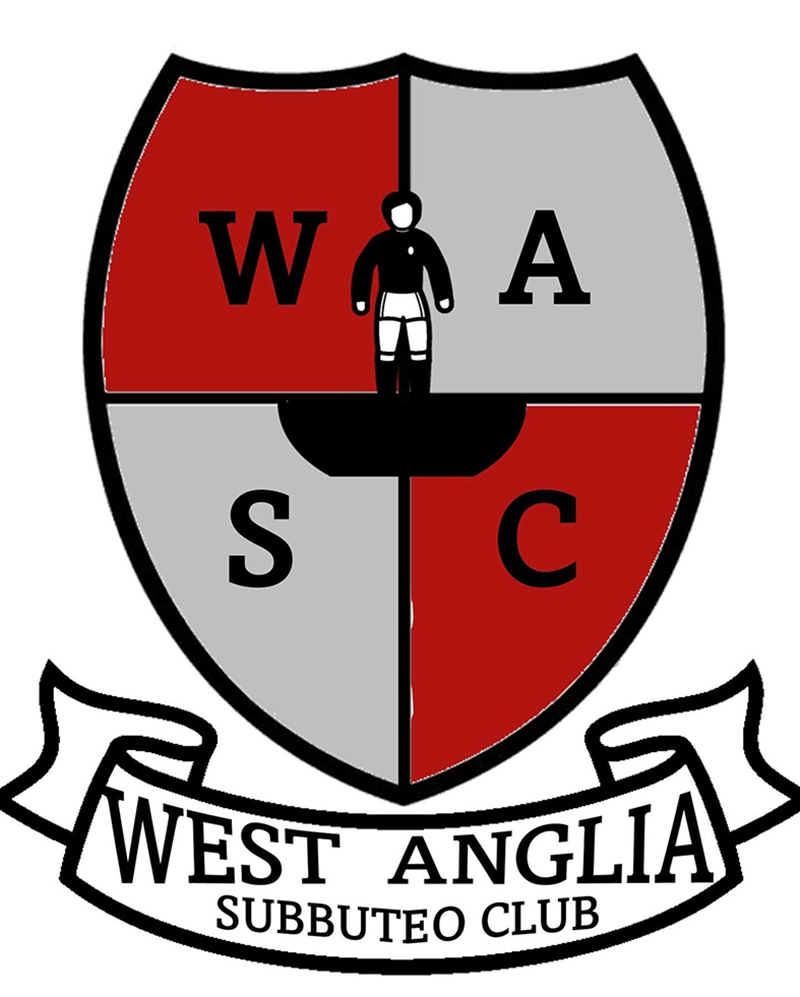 The founder of the West Anglia Subbuteo Club is enjoying fortnightly meet-ups where he and others, including newcomers, are rolling back the years.

“Subbuteo used to be really big in the 1960s, 70s and 80s then along came gaming and the interest died off,” said Gray, a sports lecturer at the College of West Anglia.

“Subbuteo has always remained with a large amount of collectors, players and clubs all over the world. I have been a player and collector since the 70s and have played, as we all did, with groups of mates having small competitions between ourselves but have never been involved with a club – mainly because there wasn’t one locally although I have been reliably informed there was a local league in the 60s and 70s. I have also used Subbuteo as a teaching tool in my job as a sports lecturer at the College of West Anglia.”

The English Subbuteo Association spent large parts of the coronavirus lockdowns promoting the game, with people rummaging through their lofts and reigniting their forgotten passion as a result of staying at home. It helped encourage Gray to set up a club in King’s Lynn with the nearest alternatives being in Haverhill and Lincoln. At this stage, enthusiasts or beginners (adults only for now) meet once a fortnight to play and have a bit of a social on a Tuesday evening. They get their finger flicking on at Alive Lynnsport in the bar area from 6.30-8.30pm (£2 admission).

The long-term plan is for numbers to increase so the club can run a league and eventually represent West Anglia in competitions across the country.

Gray said: “We have a small number of members who meet up, some are regular players and some are beginners. Don’t worry if you have never played before, you’ll soon get the hang of it and we adapt the rules slightly for beginners. I must say a special thank you to Alan Lee and the English Subbuteo Association and the College of West Anglia sports campus for their support with equipment needed to start the club up.”

History of the hit game Subbuteo

• Subbuteo was created in 1946 by Peter Adolph.

• The first set contained a ball, cardboard playing figures on bases made from buttons weighed down by lead washers and goals made of wire with paper nets.

• Early versions of the game saw pitches marked out on army blankets with chalk.

• By the early 60s, Adolph had modified and improved the game so much that three-dimensional hand-painted plastic figures were used to ‘kick’ the ball.

• Teams in the colours of every Football League team and most international sides were available.

• In 1980 the classic heavyweight players were replaced with lightweight versions.

• Hasbro secured the rights to the cult classic in the mid-90s. It is now licensed to Longshore Limited, a leading toy and game provider from Hong Kong.

• Legendary Italian goalkeeper Gianluigi Buffon is a famous fan. He was reported as telling Subbuteo World that his collection contained more than 500 teams.

• Your Local Paper sports editor Steve Penny represented Yorkshire in the National Subbuteo Championships in Manchester in the 1970s.

Hearn has praise for star Stevi

King’s Lynn boxer Stevi Levy must still be pinching herself.

After landing a dream slot on last weekend’s Matchroom card in Sheffield, she won an army of new fans by recording an impressive 40-36 victory over Polina Golubeva. The success, her fifth, maintained her 100 per cent record as a professional and followed some pre-bout praise from one of the biggest names in boxing – promoter extraordinaire Eddie Hearn.

“Stevi Levy is one of the funniest individuals I’ve ever met,” he said in a short video shared on the Lynn hero’s Instagram feed.

“She’s managed by Dave Allen and I’ve just been watching her. She’s an absolute lunatic, hilarious. Her fight got cancelled last week, she was supposed to box on Saturday (November 6) and I’d seen all the work she’d put in.

“I don’t know for sure but I believe she’s a single mum, I always see her with her boy. She does that, she works, she’s a pro fighter, she runs female boxing classes in her local gym. I don’t even really know her but she’s a diamond.

“Her fight got cancelled and you could see how devastated she was, but keeping a brave face (on it). I thought to myself: ‘Do you know what, stick her on the show (November 13), I’ve got a spot, one spare, and I’m really happy to give her the opportunity.”

Levy took that chance with both hands as she continued her rise to national stardom.