Home Sport News Football How can we fix things? 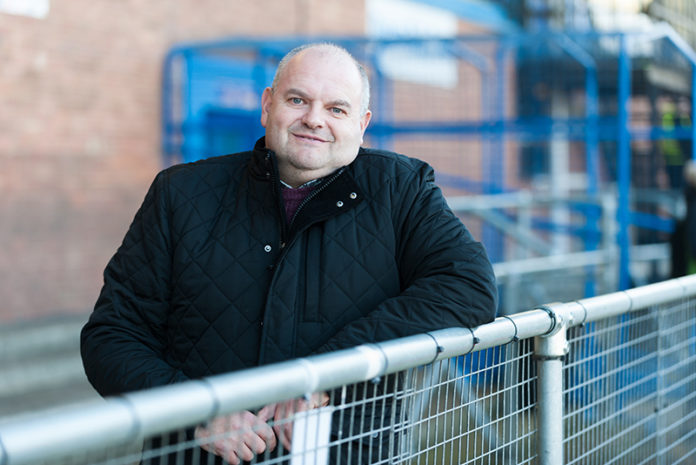 FOOTBALL: Only King’s Lynn Town chairman Stephen Cleeve will know what he meant when he said “I personally will do what I can to fix things” to end a message he posted on Twitter on Saturday.

The main body of the message was to thank the club’s supporters, who had travelled to Weymouth to witness the Linnets lose a fourth straight game without scoring, to a team who opened up a bit of daylight at the bottom of the National League table.

Despite all of the gloom that appears to be hanging over The Walks, the situation the Linnets find themselves in isn’t a terminal one. With the greatest of respect to Dover, they are already all but relegated, thanks to the 12-point deduction they took by refusing to finish last season’s Covid-hit campaign.

That means there are only two relegation places left to fill and you have to think that Lynn will at some stage hit form to collect enough points to move away from danger.

So the question must be asked. “How can Cleeve ‘fix things’?”

Unless there is a movement of players out of the club, it’s difficult to see how others can come in. Finances must be tight at present and I wouldn’t think that adding further to the squad without subtracting somewhere is an option.

Lynn’s main problem is that they cannot score goals. I see all the time comments on social media that ‘x’ and/or ‘y’ should go but with no suggestion as to who is available to come in and fill any gaps created by that departure.

At this time of season generally, no one of the quality you are looking for is available. The strikers who are playing on a regular basis are in their teams and wouldn’t consider a transfer and the ones who aren’t are not scoring anyway, so what’s the point of bringing them in?

Having said that, Adam Marriott joined the Linnets at a similar time of the season once then-manager Neil Fryatt had identified he was surplus to requirements at Boston United. A deal was done and the rest is history.

A few people have said that Lynn should approach Barnet and bring ‘Mazza’ back. But why would you? He hasn’t been in a team that has been struggling and has only one goal for the season.

The Linnets have used the loan market well this season with Joe Rowley being a prime example, along with Brett McGavin. That may be an option but again those kinds of deals usually require some kind of funding by the team taking a loan player.

Some may snigger but the Linnets are more solid at the back this season. The problem has been the amount of early goals they concede and you have to think that Ian Culverhouse is trying to fix that. Take away the single-goal defeats and the picture looks different, the margins are so fine.

The options to change personnel do look limited for now. The manager will hope his injury crisis will ease, giving him a few more options to work with, coupled with the rediscovery of their best form by some of the players who are not producing it yet.

• What’s your view on the season to date at The Walks? What would be your course of action to improve things?

Email mark@kltown.co.uk and I will go through some of the best ones in a future column.

Focus is on a good cup run

FOOTBALL: Many people connected with the Linnets will, I am sure, be grateful of the break from the rigours of the Vanarama National League tomorrow.

Lynn switch their attention to the Emirates FA Cup with midtable League Two side Walsall visiting The Walks.

In my opinion, the tie has not captured the imagination of the locals.

I know Walsall do not have the same appeal as Ipswich Town, Portsmouth or Sunderland, etc, but they still are a Football League side.

Due to Lynn’s lofty current status, they now have to win just one game to be in the first round draw. I remember many cup campaigns beginning in September, as early as the extra preliminary qualifying round.

It seemed back then that every round the club navigated saw the interest cranked up another level and if the club ever made it through to the first round proper, which was rare, the whole town seemed to be behind them, the extra interest generated increasing the number of people through the gates.

If the Linnets can manage a win tomorrow, it will still go down as a cup shock, make no mistake about that.

They will though have to be at their very best against a team who have recently picked up their form. Even though they are 14th in the table they are only three points off a play-off place and on a seven-match unbeaten run.

The visitors’ line-up could be interesting, with three players struggling to be fit and three more waiting to hear if they can play while on loan from other teams.

Another plus for the hosts is that they can go out and play with a bit of freedom under no pressure.

The weather appears to be set fair and with the BBC’s flagship Football Focus team doing their lunchtime show live from the ground at noon, that should also add a little something to the day.

Apart from winning the game and being a potential 90 minutes from playing a Premier League team in round three, there’s also the little matter of the winners receiving £22,629, how welcome that would be in The Walks’ coffers?

• Standing tickets are £20 and £22 for a seat in the stand. Reduced prices for concessions and juniors.

Tickets are expected to be available on the day but can be bought from the club website in advance – tinyurl.com/KLTFCtickets

The ticket office is also open today from about 6pm.