It’s not exactly the stuff of nightmares for King’s Lynn Town right now.

However, while it might not be a period that would have you waking up screaming and crying, it’s certainly a time that will have most connected with the Linnets being startled by a cold sweat.

Four National League defeats in a row, all suffered without scoring a goal. Only a hard-fought 2-1 cup triumph against lower-level Peterborough Sports has offered some sort of respite during a scary spell at The Walks. No home wins in the league this term is a pretty grim return for a fanbase that is still, in certain aspects, on cloud nine that Town are actually in non-League’s top tier.

Ian Culverhouse’s side sitting just outside of the relegation zone proves it’s not been a complete horror show – even if some of the toothless action hasn’t been particularly terrifying for visiting defences.

At least tomorrow provides a chance for attention to turn away from the desperate ongoing need to pick up three more points, which should allow all involved to sleep well this evening.

As the shut-eye finally arrives, it’s a chance to escape the reality that, in truth, out-of-form Lynn should have next to no chance of getting one over League Two Walsall in the FA Cup first round. And it’s time to dream.

It’s okay to fantasise about the sort of giantkilling upset that has football fans across the country – minus a fair few places like Boston, Tamworth and Kettering – smiling before they decide to drift off.

It’s acceptable to have visions of a cup run capturing the imagination of the town like it did when the old Lynn hosted Oldham in the second round of the world’s most famous knockout competition before they slept for good.

It’s even fine to imagine goals flying in come 3pm as the shackles come off the boys in blue and gold and they finally replace their misfiring slippers with some shooting boots.

Because that’s all we’ve got isn’t it? Our hopes and dreams.

It’s what keeps football fans going. The belief that one day things will get better or the glory days will return. Or that a memorable upset can be pulled off. Everything points to Lynn being knocked out this weekend. Which is why a shock cup upset against the Saddlers actually remains a possibility.

In the FA Cup, the form book has been ripped up that many times that it can’t even be glued together for a bedtime story.

So when you close your eyes tonight, allow yourself to dream.

After all magic happens in your sleep – just like it does in every FA Cup first round. 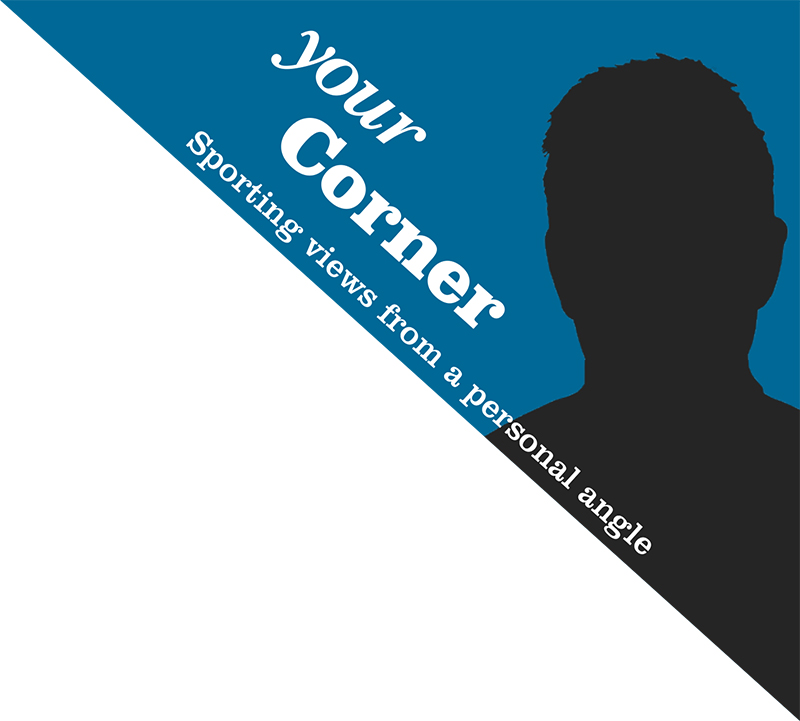 We want to keep spreading the word about our second Your Corner initiative.

That’s why we’ve extended the deadline so student writers have longer to hear about the opportunity.

Up to a dozen fledgling wordsmiths will work with columnist Gavin Caney and sports editor Steve Penny throughout 2022 to gain valuable experience and cuttings.

That’s why we’ve given the next generation even longer to get their entries together.

How to enter: Send one
300-word column on any sporting topic of your choice to gavin@yourlocalpaper.co.uk before December 10 (was originally November 19).

Be in high school, sixth form, college or university education

Live/study in the West Norfolk Borough Council district area, as stated at tinyurl.com/WNBoroMap

List their home address as in that area if studying elsewhere.

Running on about volunteers

It isn’t the first time I’ve written about this – and it won’t be the last.

But volunteers really are the true heroes of our local sporting scene.

On Sunday I dragged my still-injured backside a few minutes up the road to watch part of the Fen 10 race as it passed through West Walton.

We applauded every single runner, who genuinely seemed pleased to see us, especially my four-year-old son Elliott, before we cowered under a tree for a while as the heavens opened.

The conditions were absolutely dreadful and my thoughts were with those competing who I’d have, in truth, loved to have swapped places with. Once I’ve sorted the intermittent pains and aches in my shins, calves and feet I’m sure I will.

However, while they gritted their teeth and powered on through the wind and rain, there were lots of people out on the 10-mile course who couldn’t keep moving because they were marshalling.

Those fantastic volunteers had given up their time and faced the elements head on in order to allow the race to take place. They were there to guide competitors, improve their safety and generally provide encouragement.

It takes a special person to give up their time to allow others to take part in sport. And while I applaud everyone who laced up their trainers on Sunday to tackle the 16.1-kilometre event, the real heroes did a lot less running.