Staff and customers at a Snettisham bar have raised more than £10,000 for Macmillan Cancer Support.

Landlady Lorraine Hilton, who runs the bar with husband Dave, said she hoped they would reach £12,000 by the end of the season.

She added: “Last year we raised about £300 and thought we had done really well. The amount of support and help we have had this year has been staggering.”

The money was raised through bingos, tombolas, a coffee morning, raffles and an auction, with prizes including a helicopter ride, a handpainted picture and a night at the village’s Rose and Crown.

Chloe Melton ran the Sandringham 10k while Julie Burton and Linda Lester had their heads shaved raising money for the charity.

Mrs Hilton thanked everyone involved in the fundraising, including Tracey Melton for being the auctioneer, and Mark Simmons for sourcing prizes. 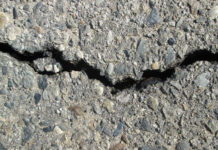