Home Sport Senter stars with a string of solid saves 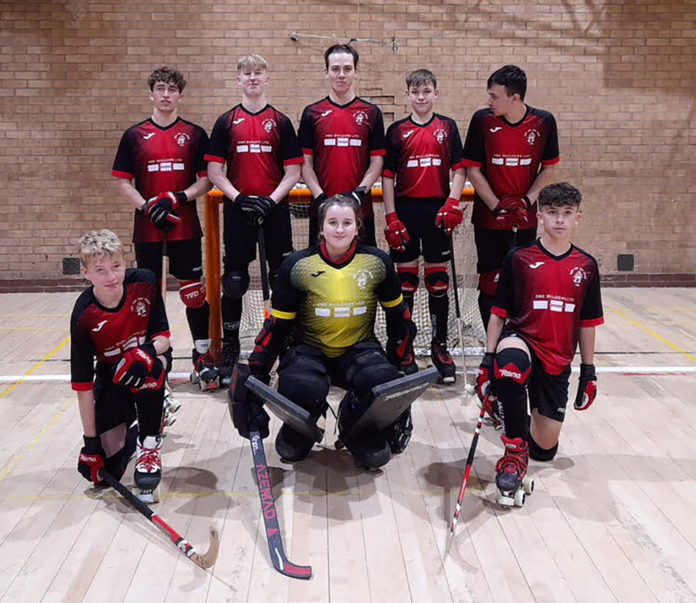 Some fantastic saves from goalkeeper Imogen Senter kept Lynn in their opening match against Ely and Chesterton United.

She was eventually beaten twice in the first half and, despite some great shots on goal by the Lynn team, a late goal saw them beaten 3-0.

The second match was a seven-goal thriller against Cambridge & Cottenham, settled in the closing stages with a goal from Josh Futter to give Lynn victory by the odd goal.

Alfie Poppy put Lynn ahead but a gap in defence meant the half-time score finished level at 1-1.

The second half saw Lynn step up with some well-worked passing and shots on goal to test the goalkeeper.

However, it was the Cambridge side who went ahead, only for a slap shot on goal by Joseph Hawes deflected off Thomas Barker made the score 2-2.

Just before the end, Cambridge & Cottenham looked to have won it when they went 3-2 ahead, only for Poppy to equalise, before a final few late minutes of tensions led to Futter grabbing the winner.

The final match brought a 2-0 defeat to Peterborough.

Lynn fell behind in the first half but some great defensive work from the team and more great saves by Senter ensured there was only a single goal between the sides at the break.

The team continued to defend well in the second half but could not quite stop Peterborough getting another one past them.

Lynn pushed hard for a goal with a string of shots on goal but, despite applying constant pressure and forcing some saves from Peterborough’s goalkeeper they were unable to find even a consolation.

Thanks were expressed to Josh Taylor and referee Michael Baker for their help and support, and sponsor D&E Builders.

λ The club are offering free roller skating for six-12 year olds at Alive Lynnsport today and next Friday, 6-7pm in the sports hall. Skates will be provided for more information.