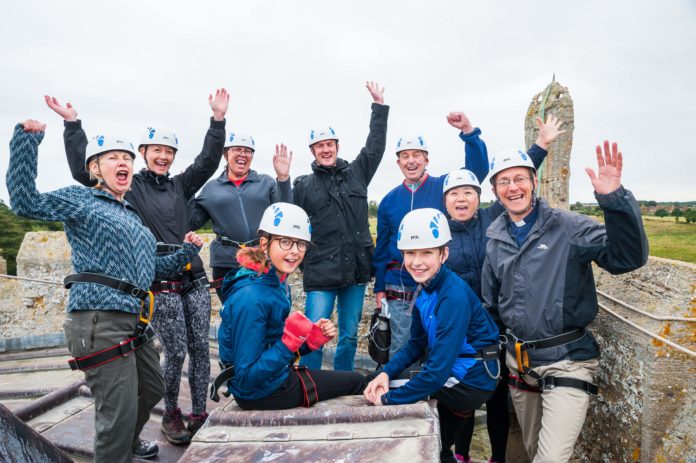 Reverend Mark Capron led the way by being the first over the edge followed by members of the community.

He said: “The oldest was Martin, 82, who showed class descending like a professional and the youngest was little Harry having just celebrated his 10th birthday.

“All the participants received their certificate after safely touching down on earth.”

Other abseilers included staff from the village’s Co-op, pupils from Dersingham Primary School, staff from the Queen Elizabeth Hospital in King’s Lynn, police officers and a groom-to-be due to get married in the church next year.

Despite the heavy rain during Saturday’s event, hundreds turned out to show their support  and enjoyed games and stalls.

Rev Capron said: “It was an amazing day with 50 people achieving something both very memorable for themselves and through sponsorship benefiting the community in the process, with funds being raised going to the installation of disabled toilets and kitchen facilities in the much-used and living church here in Dersingham.”