Home Sport Flyers back to roots for impressive Milton show 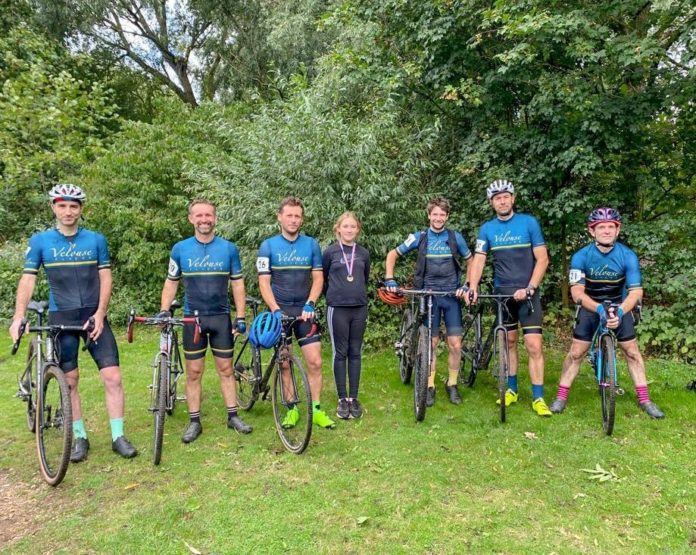 CYCLING: Velouse Flyers members were in the mix in the second round of the Eastern Cyclocross League at Milton Country Park.

A tough technical course was always going to be a challenge and after a week of rain, exposed roots added to the problems to overcome for even the most experienced rider.

The first riders from the West Norfolk club to take to the course were Rory Fendick and Kacper Gabka in the u8s race.

Gabka finished third, just ahead of his teammate, who had suffered a series of crashes on the slick surface.

Bea Middleton was next up in the u12 girls category, her first Eastern League race. Despite the fast pace set by the older riders, Middleton was able to hold on for third place.

The Vet40 men’s category had the biggest showing from the Flyers and, despite crashes aplenty, they nursed their bikes and ageing bodies around the course to finish in strong positions. Maciej Malyszka replicated his round one efforts to finish 16th, followed by Tom Middleton, in 34th, with Paul Dunne demonstrating his strength in his first cyclocross race, finishing 36th. Paul Hunt was 39th, with Ian Jeakins close behind in 41st.

The final rider from Velouse Flyers was Ben Keeley in the seniors’ race. He is noted for his talent in multiple cycling disciplines but was ready to put his running skills into practise to gain places when needed.

The individual Flyers achievements have put the team 13th overall in the club competition, ahead of league stalwarts including Cambridge CC and Ipswich BC.