Scottish actress Kate Dickie, known for her television roles as Lex in the BBC series Tinsel Town and Lysa Arryn in the block-busting Game of Thrones series, is heading up a sci-fi space age project in King’s Lynn.

The Intergalactic Hanseatic League’s (IHL) time travel event will whisk the town forward in time through a range of  spectacular light shows.

School children have been involved in the unique project and already,  “mysterious transmissions” have started to appear in town centre windows and on cinema screens.

The project will see a crew of “space travellers” from the year 2225 – calling themselves the Intergalactic Hanseatic League – attempt to make contact, asking Lynn to help them repair a “glitch in space time”.

The  projections around town will be a preview of a sci-fi, time-travel adventure due to take place across landmark buildings in Lynn from Friday, October 1 to 17 and also online.

Actress Ms Dickie has come on board with the project as its “crew captain”.

Project director Gavin Toomey said: “It’s wonderful to have Kate Dickie on board to play our “captain” of the IHL.

“Kate brings our sci-fi story to life at a cinematic scale while also sharing our hope that it impacts on a more personal, local scale here in King’s Lynn.”

The project has involved 570 local youngsters in its development.

Some of their work has already been installed in the former Argos windows in the Vancouver Quarter.

Asked what she thought about children being involved in the project, Ms Dickie said: “In my opinion, young people are the wisest people that walk this planet.

“I think they’re on the pulse of what’s happening, and it’s to our huge detriment that we don’t listen better to them.

“The way the IHL has engaged young people in this project means that it isn’t just about, ‘Oh, we have good things we must pass on to young people and teach them’.

“It’s also about us asking what are the subjects worrying you or making you feel most passionate? What can you teach us? What can we learn from you?

“It is about reaching and properly communicating with a local community, and talking about subjects that are people’s passion, and that actually affect people now.

More will be revealed in Your Local Paper next Friday – make sure you pick up a copy to find out what will be happening around Lynn.

In the meantime, you can visit www.the-ihl.com to learn more about the Intergalactic Hanseatic League’s futuristic arrival in Lynn. 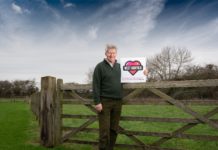 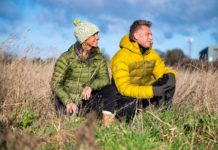