Starting out as an outfield player, Imogen Senter has turned into an inspiring 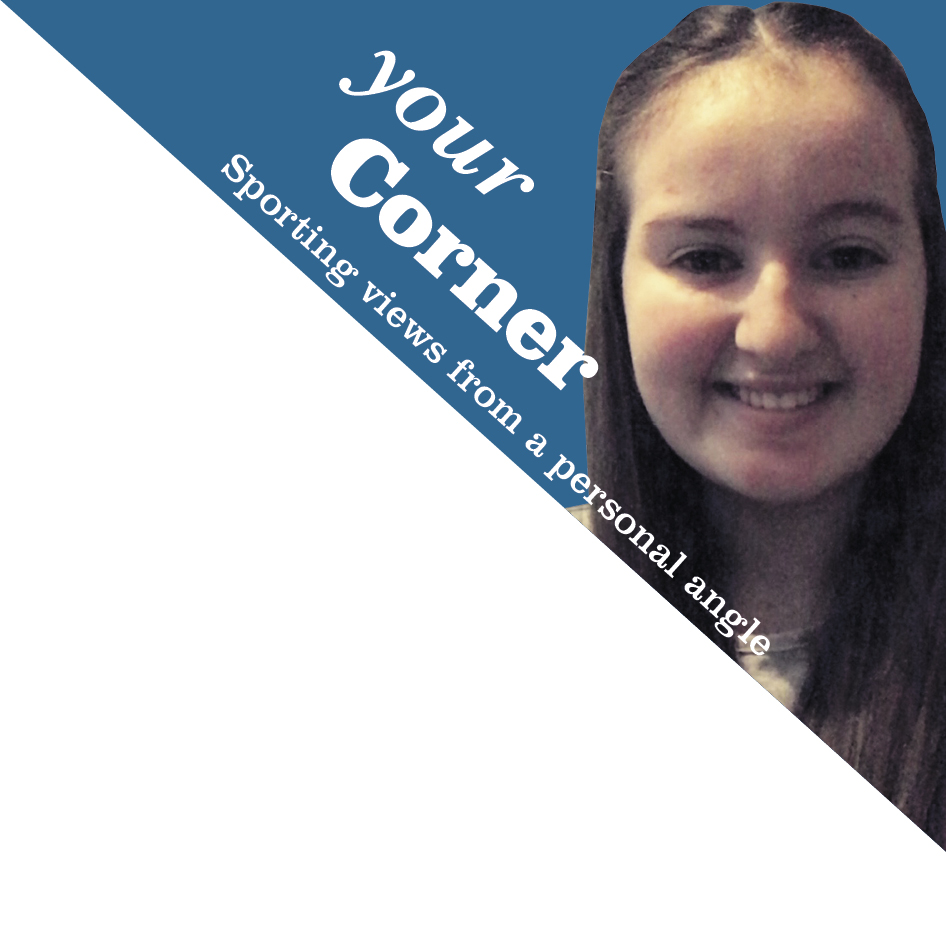 The sport has been a constant in her life and is a sport she will enjoy forever.

The Springwood High School student has had highs and lows throughout her rink hockey experience but has never given up.

She started to play at the age of nine and discovered the sport through her love of skating.

“My favourite teacher encouraged me to join the club at Lynnsport and I went for a couple of weeks and really enjoyed it,” said Senter.

Little did she realise at the time that she was going to become a great goalkeeper.

A year went by and Senter was still playing as an outfield player but the goalkeeping side of the game caught her eye and she started to train in that position.

Despite enjoying the game she wanted to get a perspective of being a goalkeeper for a few weeks. But those few weeks turned into months and then years.

In her younger years, the talented player’s u9s team won their age-group cup at Peterborough in 2016.

This was a huge success for Senter and a victory she says she will never forget. Progressing through the teams at the club, she said goodbye to being an outfield player and hello to goalkeeping.

She has played and won medals at five Jubilee Cups but has never finished in the top three.

Other victories have come via the u15s Division Two league in 2017, while a variety of runner-up finishes arrived in different cup tournaments between 2015-18.

By the time she was 10 and 11, Senter had already become a stand-out goalkeeper.

It was an even greater accomplishment when she was given the captain’s armband for her u15s team last season.

Due to the circumstances surrounding social distancing and COVID-19, she has not had the opportunity to get back to her competitive self yet but has been able to do lots of training. Rink hockey has been a sport that has been a great delight for her and she can’t imagine a world without it.

Time for change for boys and girls

I know this has been covered by some of my fellow student columnists but I wanted to give my view on gender inequality in sport at school.

As this world develops, change in school sport has become something that has been talked about but never dealt with. Throughout my years at school I had a great PE experience and I was able to have access to all different sports that were not gender specific. It didn’t matter how aggressive they were, us girls still could play them. But it’s not the same in other schools.

Boys have the same problem with inequality as much as girls as they are not offered the opportunity to play rounders, dance or netball as they are seen as stereotypically girl sports and less macho.

What if sport did not exist?

Have we ever wondered what a world without having sport in it would be like?

To some people sport has become a complete belief system, something they can escape to and rely on, in every corner of the world.

Sport is everywhere: broadcast on televisions, radios and online – it can be anywhere you are, even if you can’t catch the action live.

Games have been played since time began. So what would the world be like if there was no more football at the weekend?

What would the world be like if there were no Olympic Games every four years?

And what would it be like if you couldn’t play your favourite sport?

Sport has had a major influence on our lives and we haven’t even realised it.

For me, playing my sport once a week is a place where I can be free and leave any problems I have outside of the court.

But if it didn’t exist there would be no time to refresh and no time to just have fun.

It has had an impact on the way we dress.

Just think about it. If there was no sport, there would be no Nike or Adidas. Could you imagine a world without your Nike trainers? Impossible.

We would be losing some of the greatest role models and inspirations this world has come across, all because sport didn’t exist.

What would you do if you could no longer do the thing you love?