Home Top Stories Spread the message and help save lives

The owners of a West Norfolk beauty spot have launched a summer safety campaign in the hope of preventing any more people drowning in lakes at the former quarry site.

Bawsey Ltd, operators of Bawsey Country Park, hope to spread their “Stay Safe Summer” message far and wide as they prepare for an increase in summer visitors and in the wake of four deaths in eight years at the site.

Last month 20-year-old Radek Gina from Wisbech died after getting into difficulty while swimming in the pits.

Krister Bednarskis, 22, of Peterborough drowned after he drifted across the water on an air bed and got into difficulty last August and a 16-year-old boy from East London and a 41-year-old man who tried to rescue him, both drowned on the same day in July 2013.

As the summer holiday season begins, the site operators want to impress upon visitors the dangers of swimming in the deep, cold water.

Richard Wilkins, the estate’s business development manager, said the “stay out of the water” message did not just apply to the pits at Bawsey but to similar areas where people are tempted to swim.

And this week, the Environment Agency also issued a summer safety warning reminding people of the dangers of swimming in rivers and waterways and also near structures such as locks and sluices.

Bawsey park operators said the undulating terrain, woodland and lakes made it a “fantastic place to relax” and the beauty spot could be enjoyed without going into the water.

“We realise some of our visitors come from areas where it is quite common to swim freely in lakes and rivers. It is important to remember Bawsey Country Park is privately owned and access is allowed on the basis that visitors follow the rules,” Mr Wilkins said.

The owners said they had made “significant improvements” and introduced many safety measures at the site, formerly Bawsey Pits.

There are regular warden patrols, safety signage has been increased informing visitors of the park rules, emergency throwlines have been installed, there has been training for park staff and the owners have consulted with the emergency services. 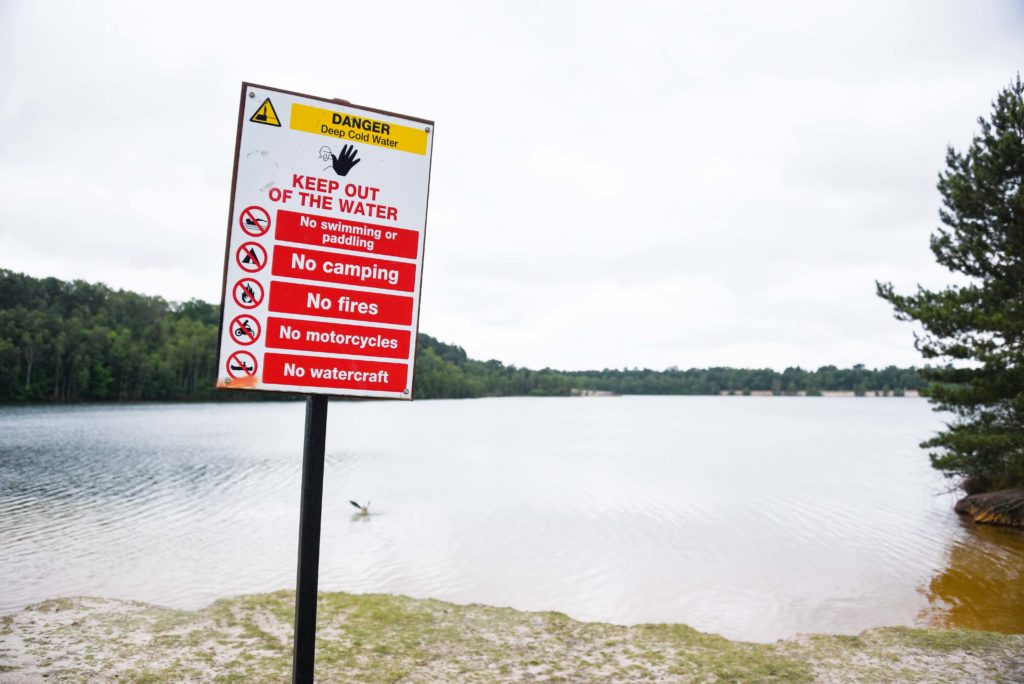 Safety information on the www.bawsey.co.uk website is available in different languages and safety messages are also posted on the Facebook page.

As a former quarry site, the water is deep and very cold and can shock even strong swimmers, visitors are warned.

The campaign also includes what to do if you get into difficulty in any water, including trying to float, keeping calm, trying not to thrash your limbs around and calling for help.

The owners also point out there is information on the RNLI website about the risks of swimming in open water and how to try to stay alive until help arrives.

They said anyone who sees someone in trouble in any stretch of water should call 999.  Ask for the Coastguard if the incident was in the sea or at the coast, otherwise the fire service for inland water sites.

“We reiterate our plea for visitors to Bawsey Country Park or any similar location, to be aware of the rules and follow them,” a spokesman for Bawsey Ltd said.

The owners hope people will share this potentially life-saving information with family and friends to make this a “Stay Safe Summer”.