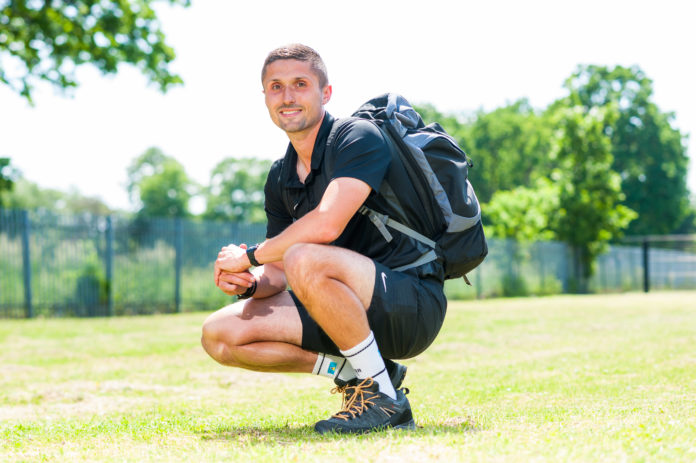 A PE teacher has set himself a gruelling walking challenge to raise money for two causes which mean a lot to him.

Alex Walpole, who teaches at King’s Lynn Academy, will be striding out tomorrow (Saturday) and Sunday hoping to complete all 83 miles of the Norfolk Coastal Path in aid of Parkinson’s UK and Max’s Foundation.

The 27-year-old is already close to achieving his £500 target and chose Parkinson’s UK after his grandpa Geoff Walpole was diagnosed with the disease and died last March.

Max’s Foundation has been chosen by one of his KLA students, Harry Younge, for the help it gave during Harry’s time spent in and out of hospital.

Harry, 13, who is in year eight, suffered with the heart condition Hypertrophic Cardiomyopathy and last summer underwent a heart transplant.

Mr Walpole said Harry, who is now back a school “happy and healthy”, collapsed on the school field one time and had to be resuscitated.

“Harry loves PE, he’s a lovely lad and I’ve got to know him well this last year.

“I wanted to do something to help him and he and his mum decided on the charity,” said Mr Walpole, who lives at Fakenham.

Mr Walpole plans to set off from Hunstanton at 8am, walk  through the night with the aim of finishing at Hopton-on-Sea, near Gorleston, in under 30 hours. He will mainly be walking alone but his dad will join him for some of the walk and his girlfriend, Lauren Buckby, will also be on-hand to provide backup and, as a qualified massage therapist, help to keep his tired legs moving.

Mr Walpole estimates he will be putting in around 150,000 steps,w with just short food stops.

Always up for a challenge, Mr Walpole completed the Brighton Marathon in 2015 and climbed Snowdon, Ben Nevis and Scafell Pike in 2019.

He said he got into walking during the first lockdown.

“I’ve always been one to set myself a tough challenge,” he said.

The weather forecast is a little cooler for the weekend and Mr Walpole said he was a bit “nervous and apprehensive” but determined to complete his mission.

After building up his walking miles, he has been forced to rest for several weeks due to shin splints.

“I have rested and I’m sure adrenaline, painkillers and lots of sugar will see me through.

“I will complete it one way or another, whether I have to crawl,” he said.

And there is not likely to be much rest afterwards as Mr Walpole plays football for Fakenham Town and the pre-season will start.

Make a donation online at the fundraising page https://uk.virginmoneygiving.com/AlexWalpole