Home Sport News Speedway Mountain so glad to be ‘home’

Race rusty Mountain managed only a point on his debut at Peterborough on Monday but is hoping to build on that when the Minors & Brady Stars return to the Adrian Flux Arena next Thursday against Sheffield.

Just two months ago he was facing a season with no team place – but now he’s getting busy with both the Stars and Championship side Newcastle.

He said: “I’m really pleased to finally get an opportunity to race for my home town club. “It’s something I have wanted to do since watching there as kid.

“It will be really cool to be racing in front of my local crowd and for my sponsors who are local to Lynn.

“From going there as a kid watching I recognise a lot of fans and I’m really looking forward to being a part of Lynn speedway.

“It wasn’t looking good a few months back with no team and not knowing if I was going to start the season with a team. But I stayed ready and I’m looking forward to getting going with both Newcastle and Lynn.

“It will be a busy old season now, racing for two teams, but it’s the only way to improve as a rider, being on the bike as often as I can.

“I know Lynn haven’t had the start to the season they would have wanted but they had a good result at Ipswich and I want to come in and do a job for them; to start climbing up the league table and put ourselves in a good position for the business end of the season.

“With only six teams in the league this season anyone can beat anyone and you have to be winning as many matches as you can to get in the
play-offs, when literally anything can happen.

“I’m really looking forward to getting back in the racing routine. I’ve had some good days testing on the bike and feel ready for both leagues. I want to thank everyone at Lynn for giving me this opportunity.” 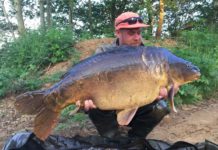 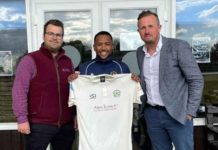 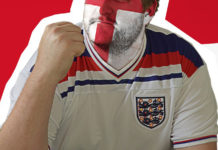