Girls at Springwood High School in King’s Lynn were encouraged to aim high during a visit from the Royal Air Force.

The RAF Youth and STEM sessions, aimed at female students in years seven, eight and nine, were not about recruitment or careers, but using some of the life skills developed by service personnel to help young girls build confidence and character.

Assistant headteacher Rebecca Davies, head of year eight, said: “Although they’ve been back at school after lockdown for a while now, when they first came back we could see that being away from the school environment for so long had taken its toll on some of the girls, so it was an innovative and fun way to give their mental health a bit of a lift.

“This was a great way of re-engaging them with learning in a fun, extra-curricular way and encouraging self-development and ways in which they can help themselves when they face challenges.”

The sessions, which took place in social bubbles, were built into the school day to minimise disruption and there were prizes for involvement and contribution to the sessions. 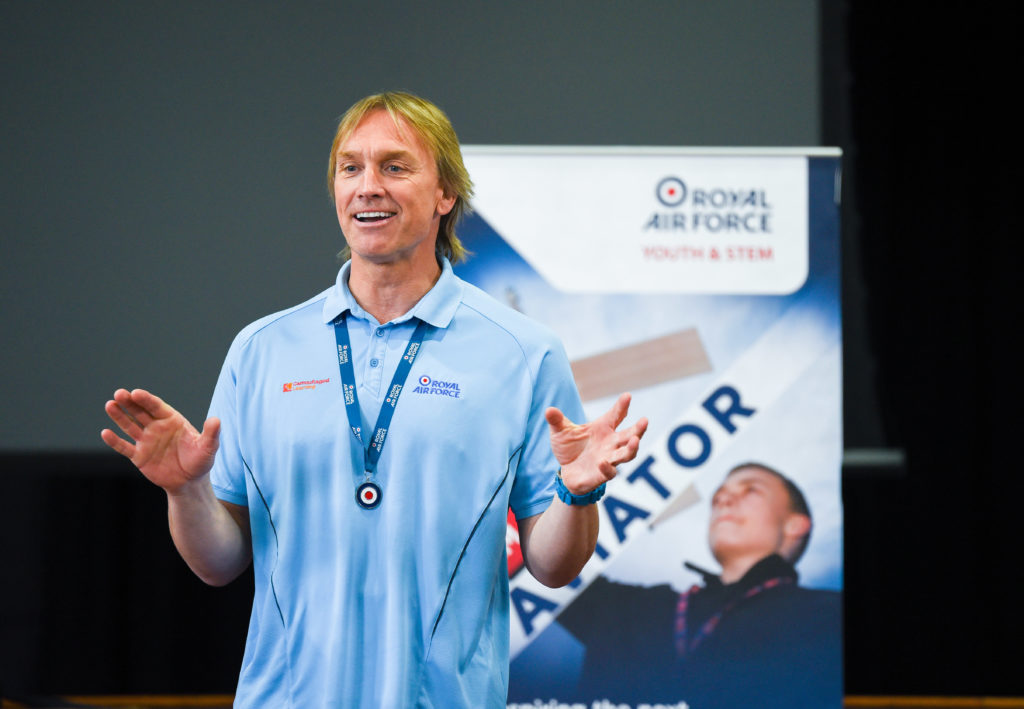 Students judged to be the keenest will now go forward to represent Springwood in a multi-school final at RAF Marham in July, where there will be £,1000 worth of prizes on offer for those who complete a series of physical learning challenges.

“The RAF approached us about getting involved with the programme and, as far as I’m aware, it was the first time our school has done so.

“As it particularly focused on girls of this age and building their confidence, it was a great activity for everyone to be part of,” Miss Davies added.