Home Business An end of an era for Lynn furniture store

A couple who have helped customers to make their house a home over 30 years are closing their furniture store.

Amanda, 62, and Colin Arterton, 76, are set to close Artertons, in King’s Lynn, within the next six months.

Despite coming through the pandemic the couple’s decision was prompted by Mr Arterton’s health.

Mrs Arterton said: “We decided to close largely because Colin is having a heart valve operation so it forced our hand  a bit. To carry on wouldn’t be fair on Colin.

“We have loved being at this old building. I think we are the fourth trading store since 1827.”

The couple have been in retail management since the 1970s – Mr Arterton was manager for Queensway at Lynn and then AHF at Peterborough.

However in 1991, Mr Arterton decided to work closer to their Ingoldisthorpe home and opened a furniture store at 114 High Street, Lynn.

It was named The Immediate Delivery Furniture Company but changed to Artertons when Mrs Arterton joined him.

“We will miss our customers, we have seen generations come in over the years. We have had good staff too.”

In the coming months the couple will be dealing with orders and making arrangements with manufacturers so that customers still get support after they close.

After the store closes, Mr Arterton will be  spending more time with his interests such as driving steam trains, but Mrs Arterton isn’t quite ready to put her feet up just yet.

“I enjoying selling, maybe showing people around homes for an estate agent perhaps,” she said.

The couple, who have raised £45,000 for charities from their Hanover Productions company, will still be involved with amateur dramatics.

Mrs Arterton is also involved with the Shakespeare’s Guildhall Trust and is helping to secure the future of St George’s Guildhall in King’s Lynn. 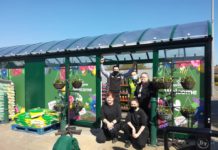 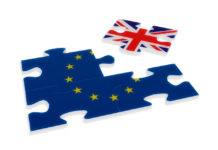 Analysis after Brexit and virus 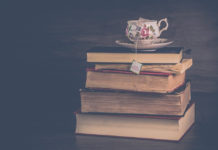