Tributes began to pour in within minutes of the Duke of Edinburgh’s death being announced, from across West Norfolk and further afield.

Individuals, charities and organisations reflected on the Duke’s great affinity for the area and particularly the Sandringham estate where he spent so much of his time,  especially in his later years.

“Norfolk, Sandringham and particularly Wood Farm, was a special place for him and my deepest condolences to Her Majesty the Queen and the royal family.”

And in Parliament on Monday, Mr Wild  told MPs West Norfolk was a special place for the Duke of Edinburgh and that people in its close knit communities felt they had lost “one of their own”.

He said the Duke took on management of the estate at the start of the Queen’s reign and put conservation at the “heart of his approach”.

“It was at Sandringham, aged 50, that he decided to try carriage driving, saying, Well, we’ve got horses and carriages so why don’t I have a go?

“In his typically pioneering way, he established carriage driving as a sport and won team gold at the world championship.”

He said local communities had “great respect and admiration” for the Duke, who took a “keen interest” in their lives.

“On Christmas day, Prince Philip would lead the royal family to church, striding ahead and talking to the crowds.

“He opened village and school halls and unveiled the plaque at Snettisham in memory of those who lost their lives in the 1953 floods.

“He was generous in giving support and time to local groups away from the spotlight.

“People in West Norfolk are rightly proud and protective of our royal links. That is why those communities feel that they have lost not only a remarkable national and international figure and their Queen’s husband, but a much-loved one of their own.”

West Norfolk Mayor Geoff Hipperson said: “We will all remember his dedication to the country and his steadfast support for Her Majesty The Queen over her long reign.

“His memory will live on in the hearts of the many West Norfolk residents who viewed him as a regular visitor to the area, having spent so much time at the Sandringham residence with his family.

“I will be sending a letter to Her Majesty on behalf of the residents of King’s Lynn and West Norfolk expressing our sincere condolences.”

A statement from West Norfolk Council staff and members said: “As a mark of respect, our flags will be flown at half-mast until the day after the funeral.

“You will be able to leave a message in the ebook of condolence on the official royal website.”

Norfolk County Council chairman Keith Kiddie added his sentiments and said it was a “sad day for our country”.

“The Duke served our country with great distinction throughout his life and graced many events in Norfolk with his presence over the years. The fact that he kept so resolutely to a full programme of engagements across so many decades until his retirement from public life is evidence of the commitment and sense of duty which marked the whole of his service. I shall be writing on behalf of Norfolk residents expressing our sincere condolences.”

Queen Elizabeth Hospital in King’s Lynn tweeted: “We are deeply saddened to learn of the passing of HRH The Duke of Edinburgh. Our thoughts are with Her Majesty The Queen and the royal family.”

Lady Dannatt, Lord-Lieutenant of Norfolk, said the Duke’s contribution to the life of the nation had been “incalculable” and “our hearts go out to Her Majesty the Queen and all members of the royal family in their immense personal loss.”

South West Norfolk MP Elizabeth Truss said Prince Philip gave “tremendous service to our country. Our thoughts are with the Queen and her family”.

Reacting on behalf of the Diocese of Norwich, the Bishop of Norwich, the Right Rev Graham Usher said: “The Duke of Edinburgh has been a tireless source of support and strength to the Queen through the 73 years of their marriage and the 69 years of her reign.

“He has also been an inspiration to very many people in this country and across the Commonwealth through his own charities and organisations.

“Over seven decades, millions of young lives have been helped and shaped through the establishment of The Duke of Edinburgh’s Award scheme.

“I benefited from the scheme as a young person and being a Gold Award holder set me up with many important skills for life.

“The Duke of Edinburgh had a great love of Sandringham and Norfolk and his commitment to the area meant that he was held in high esteem and affection by the people of this diocese.

“We join with all those who will give thanks to God for such a full and distinguished life of service.”

West Norfolk Befriending said how the charity was honoured in 2010 to have a private visit from the Queen and the Duke.

“Clients, volunteers, staff and supporters all met the Royal couple who joined us for our yearly social event at Sandringham Visitor Centre,” the charity said.

Hunstanton Town Council held a ceremony last Saturday when the town mayor Tony Bishopp laid a wreath at the Cross on The Green.

He said: “On behalf of the residents and businesses of Hunstanton, I would like to express our deep sense of loss at the death of His Royal Highness the Duke of Edinburgh.

“We give thanks for His Royal Highness’ tireless service to his country and the commonwealth in war and in peace.

“The Duke was dedicated to his family as well as supporting the Queen as she carried out her duties across the world.

“He supported more than 700 charities, one of the most widely known and respected is the Duke of Edinburgh Award Scheme, which has enriched the lives of generations of young people.

“On behalf of the people of Hunstanton, we send our heartfelt thoughts and prayers to the royal family and in particular Her Majesty the Queen, in whose grief we share.”

The Duke of Edinburgh was honorary member of the Rotary Club of King’s Lynn for more than 40 years and attended meetings on several occasions. 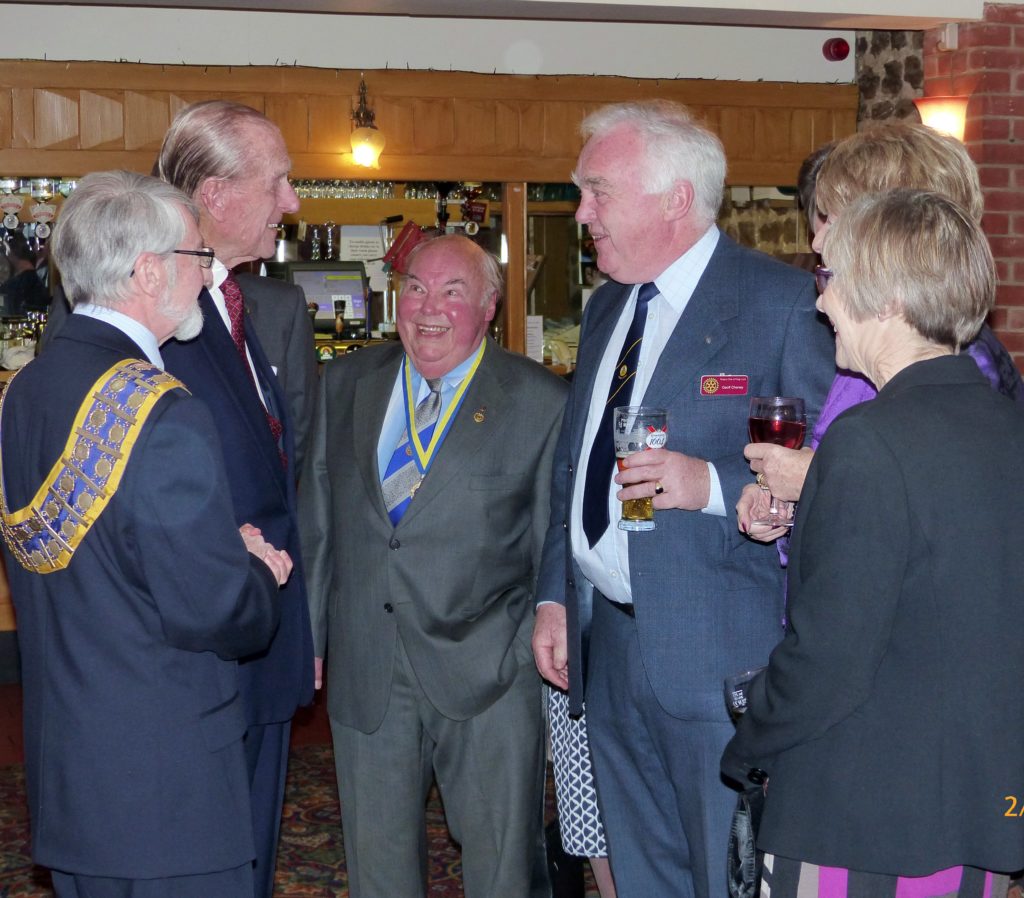 His last visit was February, 2014 when he attended a dinner in his honour at the Knights Hill Hotel near Lynn where he was introduced to all the members and their wives or husbands by the president Michael Walker.

He chatted with them in the bar before dinner and Mr Walker said the Duke showed a “real interest in the work of the club”.

He is pictured talking to the late Dennis Prior and Geoff Cheney.

Town councillors and borough council representative held a two-minute silence to “reflect and show their respect and gratitude” to the Duke.

A council spokesman said:  “Members of the public are very welcome to lay flowers at the Cross outside the town hall should they wish, however we do ask you all to please respect those doing so by adhering strictly to social distance guidelines.”

The borough council issued a statement on hearing the news of the Duke’s death which said: “His memory will live on in the hearts of many West Norfolk residents who viewed him as a regular visitor to the area, having spent so much time at the Sandringham residence with his family.

“As a mark of respect the flag at the cenotaph will be flown at half-mast.”

King’s Lynn Minster is open to those who wish to offer tributes in memory of Prince Philip.

Candles can be lit at the Saturday Market Place church, open daily between 8am and 6pm, to “offer a place for mourners to reflect and offer prayers” in memory of the Duke.

Minster  urate Rev Angela Rayner, said: “We welcome those who’d like to visit the church, light a candle, say a prayer and pay their respects.

“Everybody is welcome. Please pray for Elizabeth, our Queen, that she would know God’s comfort.” 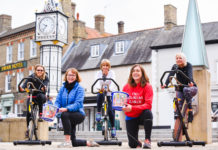 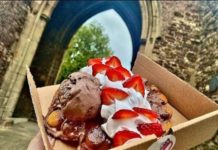