Norfolk’s Chief Constable Simon Bailey has paid tribute to the Duke of Edinburgh.

Mr Bailey said: “The death of The Duke of Edinburgh is of great sadness to all of the country. He has demonstrated unwavering support to Her Majesty The Queen.

“We hold great admiration for His Royal Highnesses’ contribution to the lives of young people through the Duke of Edinburgh’s Award along with his support of hundreds of organisations.

“With Sandringham being a much-loved country retreat for the Royal Family, our county has a close bond with royal tradition. Today, we join with people around the world mourning his loss.”

Norfolk Police said it would be issuing guidance on attendance at Sandringham as people are expected to want to pay their respects.

“We would like to remind people that Covid regulations remain in place around gatherings,” a spokesman said.

North West Norfolk MP James Wild added his tribute saying: “This is very sad news and today we remember Prince Philip’s incredibly rich life and his immense service to our country. Norfolk, Sandringham and particularly Wood Farm, was a special place for him and my deepest condolences to Her Majesty the Queen and the Royal Family.” 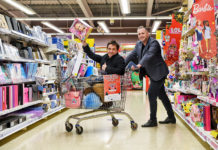