A special council meeting to discuss a major housing project in Gaywood was abandoned  this week in a shock turn of events.

West Norfolk Council’s planning committee met online on Wednesday to discuss the authority’s own  proposals for 379 homes off Park Way and a road bridge linking the new development to the Hardwick Industrial Estate in King’s Lynn.

As the live-streamed meeting got under way, officers advised the application be deferred “to err on the side of caution” following concerns raised by committee member Charles Joyce, ward member for South and West Lynn.

Under law, the agenda should have been published at least five clear days in advance of the meeting, when in fact the reports appeared online last Thursday.

Members voted to defer the application 14 to two (one objection, one abstention) and it is not yet known when the discussion will reconvene.

Mr Joyce said: “I know we are all dressed up perhaps with nowhere to go, but I think we need to keep our procedures in order. If we don’t, who will?

Closing the meeting, chairman Chris Crofts thanked members for attending and said he knew it had “come as a bit or surprise” but the item would be deferred for an “indefinite period”.

A mixture of one, two, three and four-bedroom houses and flats, including 57 affordable homes, is proposed either side of Howard Junior School and King’s Oak Academy, linking Gaywood with Fairstead.

The 48-acre site, which has many trees, is made up of parkland, scrub land and open fields.

Members were recommended to approve the scheme, but objections have been raised about the loss of “King’s Lynn’s last truly wild place”.

Extinction Rebellion King’s Lynn and West Norfolk members held a protest at the site on Friday, displaying dozens of children’s shoes to represent the impact the loss of green spaces would have on future generations.

An extra eight borough councillors had requested to speak at Wednesday’s meeting, the most Mr Crofts said he thought he had seen.

A regular planning committee meeting is to be held on Monday, April 12. 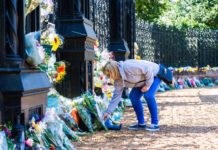 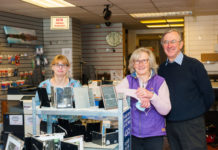