The cause of a house fire which killed a Downham Market woman is still unknown, an inquest heard this week.

Rachel Wright died at her home in Rosemary Way on April 8 last year after the blaze broke out in the living room.

An inquest into her death, resumed in Norwich on Wednesday, heard Mrs Wright had epilepsy and her health had deteriorated in the months before her death.

The 49-year-old had also experienced psychiatric problems for many years, had mild learning difficulties and a history of self harm.

She was estranged from her husband and lived alone, but was under the care of social services and was visited by carers three times a day, the inquest was told.

There was evidence she was a heavy smoker and she was often seen with matches, but no ashtrays were found in the house.

Neighbours reported seeing thick smoke coming from the property at 1.40pm on April 8 and firefighters found Mrs Wright unresponsive by the front door.

She died at the scene and the medical cause of death was found to be inhalation of fire fumes.

A fire investigation report said the blaze could have been started deliberately by Mrs Wright or by a discarded cigarette, but there was not enough evidence to reach a conclusion.

Recording a narrative verdict, Jacqueline Lake, senior coroner for Norfolk, said: “Rachel died from injuries sustained in a fire at her home. There is no evidence she intended to take her own life.”

The inquest was first held in November, but Mrs Lake adjourned the hearing to look into whether Mrs Wright should have been living in supported residential accommodation.

Concerns had been raised about how Mrs Wright was coping on her own, with reports that she was “spaced out”, not eating properly and her home was in disarray.

Friends, family members and medical professionals had noticed a decline in Mrs Wright since the end of 2019, the inquest heard this week.

On several occasions her home was said to be cold and untidy, Mrs Wright was described as “monosyllabic” during appointments and there was evidence of self-neglect, the inquest was told.

Doctors were concerned her physical health was impacting her mental state and there were fears she was over-medicated.

But the inquest heard Mrs Wright underwent several assessments and tests and her medication was under review.

Mrs Wright had wanted to stay in her own home and had the mental capacity to make that choice, but it carried risks, Mrs Lake noted.

The coroner concluded the care and support provided to Mrs Wright was appropriate, her health was monitored and she received care daily at home.

Mrs Lake said she was concerned, however, that a fire risk assessment due at Mrs Wright’s home had not taken place.

An assessment was cancelled in February because Mrs Wright was in hospital and it was not re-arranged in the lead-up to her death.

Mrs Lake said she was satisfied there was a working fire alarm in place, but she would be writing to Norfolk County Council to ensure fire assessments were re-booked under such circumstances. 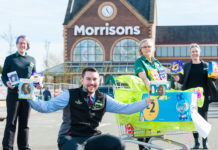 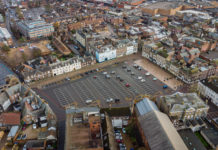 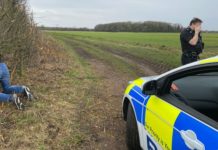