ATHLETICS: Ryston Runners welfare officer Mick Ennis is one of the most selfless and inspirational people around.

On Sunday he ran his 100th 10K in less than 10 months, having competed the 99th on the previous Tuesday, his 79th birthday.

The 100th run had been scheduled for Saturday but, seeing the snow and slippery conditions, he wisely postponed his centenary effort and was rewarded both with a beautiful bright morning, the (suitably distanced) company of Janet Moyle over the 10K and a small welcoming party of supporters at the finish point in The Walks.

Mick started running during the first lockdown and said: “It started just up the road round the football pitches. We had lost Parkrun, so I thought l must keep exercising to keep up my fitness level. 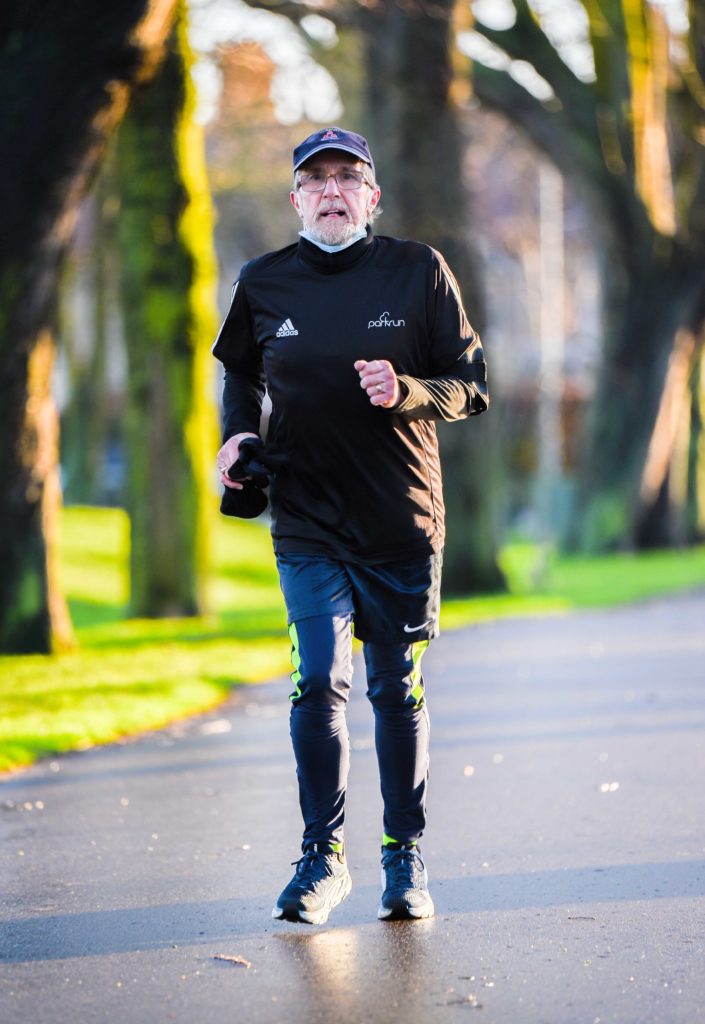 “I was doing a local route but it was a bit like running round in circles. I finally settled on 10k from my flat in Gaywood and finishing at The Walks Parkrun finish point.

“I am now averaging 1.11.00. I have done the odd different 10K with different runners and I am still doing keep-fit sessions with neighbours in our communal garden every other day.

“After the 100th l think I will carry on, as it is like an addiction.

“I will ask people to invite me to run their favourite 10k with them to add variety.”

For his birthday, retired postman Ennis had invited well wishers to contribute to Myeloma UK, a charity supporting research into the illness that took his daughter Sharon at a tragically young age, and has raised about £500, well in excess of his target of £150, a testament to the esteem in which people hold him in respect of his commitment to others.

• Cath Duhig took advantage of a rare chance to take part in a real competition at the weekend, covering 10,000m racewalking on the track at Cartagena in Spain.

It was not the happiest experience as she is continuing to incur the displeasure of the judges and ended up spending a minute in the penalty lane before being able to complete the race, finishing about 20 minutes behind the winner and nearly 10 behind the first female.

However, considering that the main event was a trial race for the Murcia regional u20 team, and Cath was about 40-50 years older than the majority of the other competitors, it wasn’t too shabby, and her finishing time of 65.22, despite having incurred the penalty, still represented an 85 per cent age-graded result.