The family of a West Norfolk paramedic who died after contracting coronavirus has thanked the community for its support.

Barry Jarvis, of Grimston, died at the Queen Elizabeth Hospital in King’s Lynn on December 18, aged 59.

He had been admitted to hospital to be treated for an underlying health condition earlier that month.

The procession also included a fire engine, first response car, cycling paramedics and other members of the emergency services.

There was also a fly-past by the East Anglian Air Ambulance in his honour.

“He was a family man and he loved his work. We thank everyone who took part in the funeral,” said Mrs Jarvis. 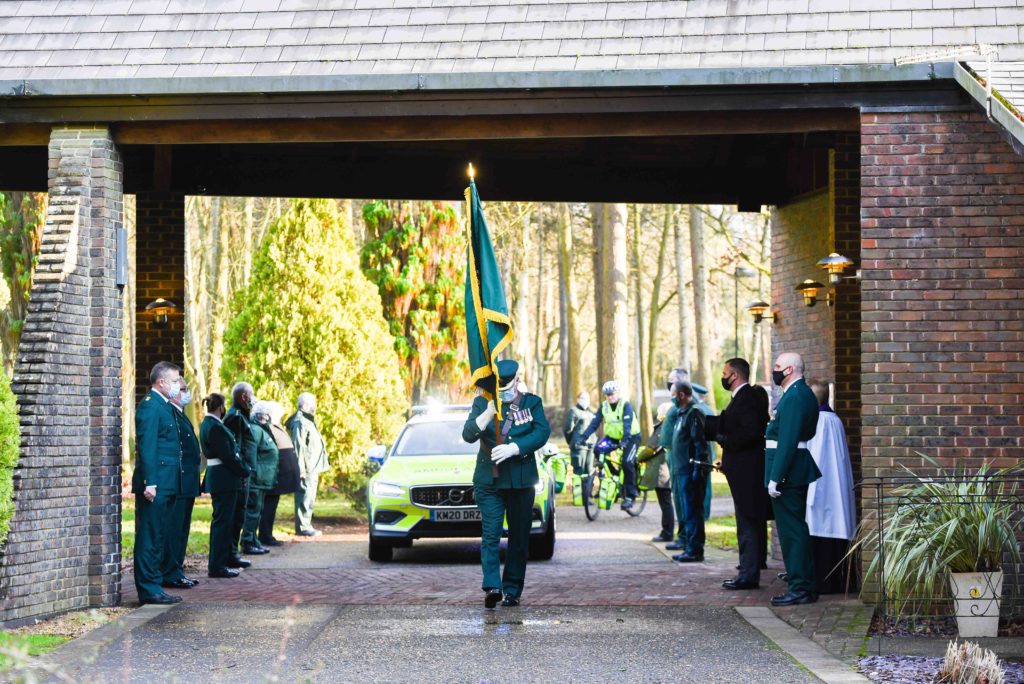 He was a keen supporter of The Norfolk Hospice, Tapping House and the RSPB and a member of Grimston-based Fourville Players.

Mrs Jarvis added: “He used to love Christmas and would do a “countdown to Christmas” and would post silly posts, his “funnies” to make people smile.

“He loved the beach and had a caravan in Heacham, he loved spending time there.”

Around £650 has been donated to Tapping House and the RSPB in Mr Jarvis’ memory.