More than 2,100 people received the Covid vaccination in just six days following its launch at the Queen Elizabeth Hospital.

The King’s Lynn hospital became the third West Norfolk centre to begin the programme last Wednesday and, amid the national lockdown, the team of vaccinators is now working seven days a week.

Patients aged over 80, care home staff, QEH workers and ambulance crews were the first to receive the jab and the hospital has the capacity to vaccinate 450 people a day.

A QEH spokesman said: “This is fantastic news for everyone and takes us one step closer to ensuring we are all protected and become immune to this dangerous virus which has so tragically affected and taken the lives of so many over the last year.”

This week the hospital released a statement clarifying its approach to the programme following questions “in the media and on social media” about some staff vaccinations.

The hospital said priority was being given to patients over 80 (plus those attending hospital for appointments or as an emergency) and care home staff and it was working with GP surgeries to arrange appointments for over 80s in the community.

Unfilled vaccination slots were being given to QEH staff, prioritising  those considered to be a higher risk, BAME workers (black, Asian, and minority ethnic) and frontline staff, it said.

“We have been asked why some staff who are not in the high risk groups have had their jabs, which is understandable,” the statement said.

“We have capacity to vaccinate 450 people a day, however we have had some unfilled slots, despite extensive communication.

“To avoid wasting precious vaccine, we offered these unfilled slots to our wider workforce. The last thing we want is any vaccine going to waste.”

Dr April Brown, the hospital’s chief nurse, said the launch of the programme was an historic moment and the NHS had made an “excellent start” to rolling out the vaccine.

“However, this will be a marathon and not a sprint. The recent rise in cases and new variant of the virus means that we cannot let our guard down,” she added.

Lynn’s St James Medical Practice was the first GP practice in the town to start Covid vaccinations before Christmas, followed by St John’s Surgery at Terrington St John on December 22.

People are being urged not to contact the NHS for a vaccine but to wait to be contacted.

They are also being asked to  attend their booked vaccination  appointments.

The government hopes to offer all over 70s, the most clinically vulnerable and frontline health and care workers the vaccine by the middle of next month.

Its target is to be vaccinating two million people a week by the end of the month. 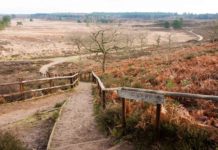 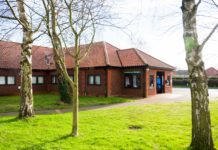 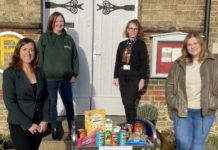