Areas of West Norfolk were flooded in the run up to the festive break when heavy rain drenched parts of the county.

Your Local Paper reader Julie Smart took these pictures on Christmas Eve of flooding at Cliff-En-Howe Road in Pott Row.

She said it was the worst she had ever seen.

“The village green looks like a lake and the road a river, I’ve seen several cars turn around and go back as they do not want to drive through this as it’s rather deep, it has been like this for several days.” 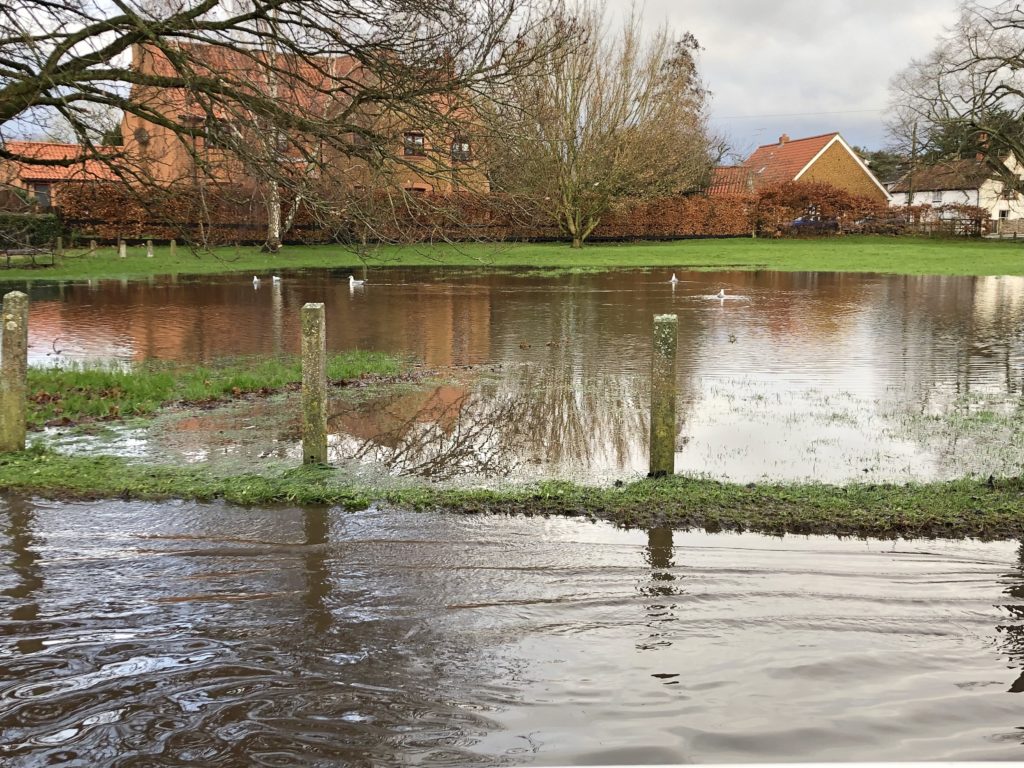 At Welney, the A1101 is flooded and police have urged drivers to take notice of the warning signs and not to attempt to drive through the water, estimated to be well over a metre deep on Tuesday morning.

On Monday, officers posted on the King’s Lynn Police Twitter a couple of drivers had been seen to ignore the signs and still drive towards the water.

Water is expected to remain at this level for several days and the road remains  closed to traffic with flashing warning lights alerting drivers.