Major projects to redevelop Hunstanton bus station and build homes on a popular car park are set to be approved next week.

The two applications, both submitted by West Norfolk Council, could bring a larger library and dozens of new flats to the town.

Planning officers have recommended the schemes be approved by the council’s planning committee at a meeting on Monday – despite some opposition in the community.

With the town’s economy relying on visitors, concerns have been raised about the loss of more than 100 car parking spaces in total as a result of the builds.

Borough councillor Paul Beal, ward member for Hunstanton, warned car parking space was “a lifeline to the tourist industry” of the town and any spaces lost would be “gone forever”.

The application for 32 flats on part of the Southend Road Car Park would result in the loss of 100 spaces, while the bus station redevelopment would see a reduction in nine spaces on the Central Car Park.

Hunstanton Town Council has objected to the Southend Road scheme and criticised the allocation of one space per flat in the proposals.

A number of residents have also raised their own concerns, while Hunstanton Civic Society  suggested there was a “false belief the town is well served by public transport”.

But with 1,515 public spaces in the town, excluding the 1,500 at the Clifftop Car Park, the borough council argues there is sufficient space – even at peak times – and that those living in the new homes would contribute more to the economy in the long-term.

A report supporting the Southend Road application said: “While tourism will play an important part of Hunstanton’s economic recovery post COVID-19, the reliance of a town on a single sector, and the risks associated with this has been clearly demonstrated.

All the existing buildings, including the library, cafe and taxi office, are to be to demolished to make way for 47 apartments, a new library, public toilets and a retail unit.

A mixture of one and two-bedroom flats are proposed, including nine affordable properties, plus 47 parking spaces and communal gardens for residents.

During demolition and construction work, the library will move to a temporary home in the council’s building at the nearby Valentine Road Car Park.

The bus station is not set to be replaced, with the council instead proposing the bus stops be moved into St Edmunds Terrace.

A report supporting the application said it was “considerably re-designed” in response to comments received following its submission, including from members of the public, Historic England and Norfolk Police.

“Particular care has been taken to ensure the development will not only preserve but enhance the character and appearance of the area,” the report said.

“The view of the sea from The Spinney is to be preserved and the massing, design and layout of the rear block is in character with the adjacent built form of the conservation area.”

The Southend Road development features in the first phase of the Southern Seafront Masterplan, drawn up by Hemingway Designs in 2018 to revitalise and enhance that end of town.

One, two and three-bedroom flats are proposed, along with a private car park and central courtyard.

Due to the pandemic, the planning committee is due to meet virtually at 9.30am on Monday.

The meeting can be streamed online. See www.west-norfolk.gov.uk for full details. 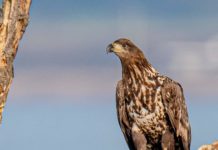 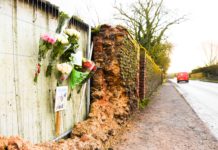 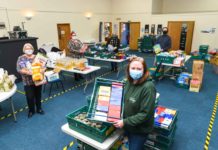