A fundraising appeal to thank volunteers in the search for a missing windsurfer has raised more than £6,000 within hours of going live.

With the support of his family, West Norfolk Council launched an online fundraising page for the RNLI after former council colleague, Chris Bamfield, of Middleton, went missing while windsurfing last weekend.

Mr Bamfield, who recently retired from his executive director role, was last seen on Hunstanton beach at 2pm on Saturday and search teams were stood down on Monday night.

His red and white sail and windsurfing board were later recovered along the coast, but as Your Local Paper went to press yesterday (Thursday), the 65-year-old had not been found.

Mr Bamfield’s wife Vanessa and their children Ashton and Jamie said in a statement: “Chris lived life to the max. He was always fanatical about everything he did, and windsurfing was at the top of that list.

“The effort and dedication shown by the emergency services in their effort to bring him home have left us all truly humbled.

“To show our appreciation as a family, we would like to contribute to the RNLI in his name, and we know he would appreciate anyone else, able and willing to do so, to do the same.”

RNLI volunteers from Hunstanton, Wells and Cromer were all involved in the search for Mr Bamfield, who had been a windsurfer for 40 years.

Borough council chief executive Lorraine Gore, said: “We are all still reeling from the shock of the weekend’s events. The family that is the Borough Council of King’s Lynn and West Norfolk has taken this hard.

“We, along with Chris’s wife Vanessa and children Ashton and Jamie, want to show our gratitude to the emergency services involved in the search for Chris, and we felt that this would be an appropriate way to show our support and encourage anyone else who felt they wanted to, to do likewise.”

Emergency crews were called to the beach at around 5.20pm after Mr Bamfield was reported missing.

CCTV images showed him park his car near Hunstanton Sailing Club and walk towards the beach wearing a black wet suit and carrying windsurfing equipment.

Mr Bamfield’s car was found where he left it, locked with his personal items inside.

On Monday police said they believed he had “got into difficulty” in the water and, despite a multi-agency search involving the RNLI as well as dog units, HM Coastguard boats and helicopters, and Norfolk Lowland Search and Rescue, he had not been found.

Earlier this week, the Bamfield family thanked everyone for their “Herculean effort” in trying to find Mr Bamfield.

They said: “There’s a reason we have built our lives in Norfolk and it’s because of people like you all that we continue to call this home.

“He spent his career with King’s Lynn and West Norfolk Borough Council, dedicated to making it the jewel in the crown he believes it should be.”

Mr Bamfield had worked at the council for 29 years and recently retired to spend more time with his family.

Ms Gore said: “While at the council, he was popular and well-liked with many regarding him not only as a work colleague but as a friend.

“Chris is well known in the area for making things happen, not least of which the cinema at the Corn Exchange, the transformation of the town hall complex to incorporate Stories of Lynn and the refurbishment of both market places in King’s Lynn.”

Former borough council chief executive Ray Harding, who worked with Mr Bamfield for many years, posted on social media: “Hard to take in this terrible news. A force of nature, Chris will be missed by all of us who knew and worked with him, but especially by his family.

“He led the delivery of a number of major projects in King’s Lynn that will serve a lasting legacy.”

In announcing the search had been called off, Temporary Superintendent for Lynn and Breckland, Lou Provart, said: “We are all aware of the unpredictable nature of the sea, and it’s likely that Mr Bamfield would have been exposed to the poor weather on Saturday while windsurfing.

“This is obviously a very distressing time for Chris’s family, who we have been in regular contact with throughout the investigation, and we thank them for their cooperation and patience during the investigations of the emergency, and search and rescue services.”

Appeal donations can be made at https://www.gofundme.com/f/chris-bamfield-a-thank-you-to-the-rnli 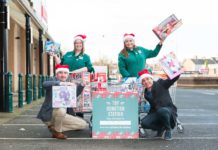 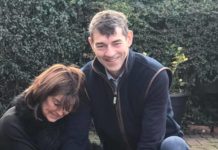