Home Latest News “All students need to abide by rules”

A secondary school headteacher has called on “all students in the local area” to abide by national restrictions after more confirmed cases at a King’s Lynn school.

On Wednesday Springwood High School confirmed it had a further 18 positive Covid cases.

The school already closed its Year 10 to students this week to create a “circuit breaker” due to a number of cases in the year group.

But the new confirmed cases are students from Years 9, 10, 11 and 12 and two members of staff.

Executive headteacher Andy Johnson said: “Students who have been in close contact with those confirmed cases have been told to isolate at home but the majority were already at home because of our circuit break for Year 10.

“The rest of the school population should continue to attend as usual.

“We understand there are concerns from a few parents about the increase in cases at Springwood but I want to reassure all of our parents that we are in daily contact with Public Health England and Norfolk County Council.

“It’s also important to stress that until very recently the steps we took ensured there wasn’t transmission within our school community.

“But after two cases were linked at the weekend, we introduced the circuit break for Year 10 and we’re prepared to explore other options.

“It is important that all students in the local area continue to abide by the national lockdown restrictions currently in place, and should remain at home when not in school.”

Reception staff and pupils at Lynn’s Whitefriars Primary School have also been told to isolate until November 29 following a confirmed case.

However, another week into lockdown has seen a fall in the number of new Covid cases in West Norfolk, while the county as a whole has seen its infection rate rise.

Figures from Public Health England for the week ending November 13 showed the number of cases in the borough had dropped by 23 to 179.

But cases in Norfolk increased by 451 bringing the county’s total number of cases to 1,352. Norfolk has a rolling rate of 148.9. 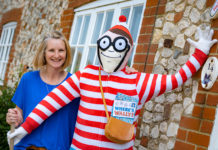 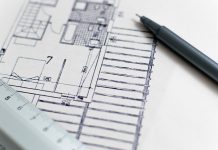