King’s Lynn Town are through to the first round proper of the FA Cup after Saturday’s scheduled opponents Notts County withdrew.

The world’s oldest professional club and former FA Cup winners have had to pull out of the much-anticipated tie due to an outbreak of coronavirus in their squad.

A Linnets spokesman said: “The club have this evening been informed that due to an outbreak of COVID-19, Notts County have withdrawn from this season’s Emirates FA Cup.

“We will now be awarded the tie and the prize money of £9,375 ahead of the first round draw on Monday.

County chief executive Jason Turner said six players had tested positive for coronavirus and added: “Naturally, we are incredibly disappointed to withdraw from the FA Cup – a competition, as past winners, we have a wonderful association with – but with only 14 available players and several positions we’re now unable to cover, on top of the clear risk of more infections coming to light in the coming days, it is only right that we take decisive action to cease training and playing for the time being.”

Belgian-born Lupano, 20, joins on loan from Hull City, initially for one month, after a similar spell in Northern Ireland with Derry City last season.

Mitchell, 23, joins after a brief spell with Dartford in the National League South. He started his career with his hometown club Leicester City and also appeared int he colours of Nuneaton Borough and Coalville Town. Mitchell has seven Grenada caps scoring three goals for the national team.

Lynn director of football Robbie Back said: “We are really pleased to bring in both Danny and Kairo. We have been looking for a front man after losing Michael Gash with illness and hearing he could be out for a few more months. Kairo will bring in something different to the other strikers we have and gives us another attacking option.

“We wanted to bring in another defender with Aaron Jones picking up a knee injury but thankfully this is not as bad as first feared.”

The club thanked Jake Smith and all those at the Dukes Head Hotel in Lynn for their assistance with the signing of Lupano. 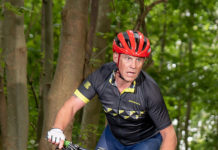 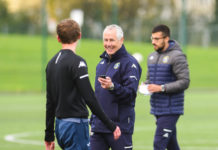