A new West Norfolk wildlife attraction has proved to be a hit with visitors, beating the odds to enjoy a “fantastic” first season.

More than 1,000 people have visited Watatunga Wildlife Reserve at Watlington since it opened on August 3 and buggies were fully-booked, despite the challenges posed by the pandemic.

New animals were introduced over the summer and there are already big plans in place to develop the site and its education programme next year.

The 170-acre reserve, dedicated to the conservation of threatened birds, deer and antelope, is the brainchild of arable farmer Edward Pope and his wife Anna Hamilton, a former  teacher.

Combining their passion for education and conservation, the couple hope to raise awareness of lesser known endangered species and the importance of preserving them.

They had hoped to open to the public in April, but the coronavirus crisis forced them to change their plans.

Miss Hamilton, a director, said the team had been “blown away” by positive feedback and enthusiasm for what they were doing.

“We have had a fantastic first season, especially considering all that 2020 has thrown at the world,” she said.

“Like so many other businesses, we had to adapt our whole operational model to make the tours possible while remaining socially distanced.

“Initially, we had been going to offer trailer tours, but just after lockdown, we rented five electric buggies allowing guests to remain within their bubble and get out and about amongst our magnificent wildlife.

“Our guides lead the tour and five buggies, each with a speaker aboard, follow in convoy passing storks, great bustard, water-buffalo, roan antelope and scimitar horned oryx to name a few of our most regularly seen animals.”

The reserve works with the Great Bustard Group to restore populations of the species across England and is one of only two sites in the UK which holds great bustard.

“Once a sustainable captive population has been built up the intention is to provide stock which can then be released under controlled conditions,” Miss Hamilton said.

Watatunga has also been involved in setting up the Turtle Dove Trust and has released 22 turtle doves on site.

Miss Hamilton said the team would be waiting “with bated breath” next year to track the numbers returning.

“Watatunga is striving to provide turtle doves and other farmland birds with a safe breeding environment, retaining and creating suitable nesting habitats, breeding turtle doves in captivity and releasing their progeny locally,” she said.

“Over the season, new opportunities to collaborate with groups reintroducing animals –  specifically the roan antelope – to Africa have also come our way which is very exciting and will become an area of focus for the future.”

Watatunga opened with five members of staff including Mr Pope and Miss Hamilton, but is currently recruiting a reserve manager.

Miss Hamilton said more than 90 per cent of initial visitors surveyed felt the experience could be improved by having a café and there was a “lot to reflect on and plan” when the reserve closed at the end of the month.

“Of course there is a lot still to work on – we appreciate that while the buggies have proved very popular, the fact that they need to be booked in their entirety works against single people who’d like to enjoy the reserve and isn’t necessarily ideal for couples,” she added.

“We’re looking forward to developing our education work while we are closed for buggy tours over the winter and hope to re-open in April next year for a full season of tours,” she added.

Tours are offered in four and six-seater buggies which are fully disinfected after use. Visitors follow a lead guide in their own buggies while listening to information through speakers. 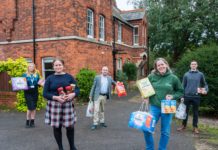 Your help needed as a hard winter looms 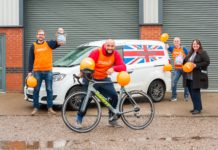 Son’s cycle fundraiser in memory of his dad 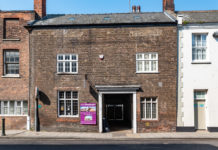 YLP is back home from Monday