The fiancée of a man who died following a car crash has spoken of her devastation that their son will never meet his dad.

Craig Cooke, 27, of King’s Lynn, was a front seat passenger in a black Audi driven by his friend Andrew Carter, when it collided with a tree in Castle Rising on September 17, 2018.

He was airlifted to Addenbrooke’s Hospital in Cambridge with catastrophic injuries and was put into an induced coma.

Mr Cooke, who was a laser assistant at Optima Steel in Lynn, died five days later.

His childhood sweetheart, Phillipa Escott, was six month’s pregnant with their first child.

The couple had been engaged for two months and had just bought their first home together.

Speaking two years on after Mr Cooke’s death, Miss Escott, a dental practice manager, said: “We are all still struggling to come to terms with what happened. It’s almost impossible to comprehend how sudden it all was.

“One day our life was completely normal and we were decorating the nursery in preparation for the arrival of our baby, and the next, Craig is no longer with us and our life is tragically different.

“I met Craig when I was 13.  We started going out five years later and had been a couple ever since then.

“We were looking forward to spending the rest of our lives together, and it’s still so devastating to know that won’t happen.

“Even worse is that our son will never get to meet his dad but he’ll grow up knowing all about Craig and how much he would have adored him.

“Losing Craig is the hardest thing I have ever had to deal with, and I know that nothing will ever bring him back.”

Miss Escott said the only thing she hoped for was that drivers would realise lives could be destroyed by not taking care on the roads.

At Norwich Crown Court, on May 1, Carter, 30, of North Brink, Wisbech, was convicted of causing death by careless driving and was jailed for eight months.

Ruth Booy, partner at the firm, said: “The past few years have been incredibly difficult for Phillipa, and she understandably remains heartbroken after losing Craig, especially at a time when they should have been looking forward to having a baby.

“Through our work, we come across many families destroyed as a result of road accidents which are often avoidable. Phillipa now has to face a future without her partner, while her son will grow up without his father.

“Nothing can make up for Craig’s death, but we are pleased to have helped her as she continues her attempt to come to terms with the pain she has suffered.

“We also hope that Phillipa’s experience will act as a warning to road users to take care at all times.” 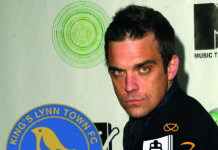