Two sisters have launched  their own jewellery business inspired by their late grandmother.

Alice Bentley, 24, of North Runcton, and Jessica Dix, 39, of King’s Lynn, have launched  their joint venture, Jessica Alice, which sells “heirloom pieces” made of solid gold.

Miss Bentley said: “Our family is so proud we’re doing this. As there is a big age gap between us, I grew up more with Jessica’s daughter who is only four years younger than me.

“This is something we can do together, so it’s special. And it’s nice as it’s a nod to grandma.”

The sisters took inspiration for the business from maternal grandmother, Eve Bambridge, who died nine years ago aged 92.

“We both have particular memories of whenever we would see grandma, we would try on her jewellery,” said Miss Bentley. “She had such beautiful jewellery and I used to run around with her pearls on. She loved it, she was such a character.”

Miss Bentley said their “bubbly and outgoing” grandma was landlady at The Ship at Brancaster and also many other pubs.

The designs for their jewellery items have also been inspired from their surroundings in West Norfolk and other countries they have visited.

A manufacturer at London’s Hatton Garden produces the items and the sisters say each collection has its own unique story connecting it to their background.

Jessica Alice jewellery is available online, but the sisters plan to sell items through concessions in department stores. 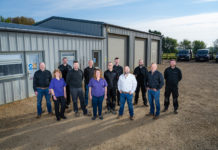 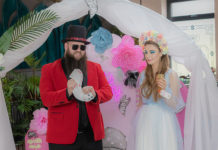 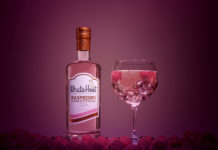 Raising a glass to a new gin