Veterans are providing vital skills across a range of projects to help the country tackle the current coronavirus outbreak.  From helping to build Nightingale Hospitals to delivering essential supplies to those who are shielding, they have helped thousands of people across the country. We take a look at how one such veteran is helping out.

This is not the first time former soldier Joshua Ryder has seen a pandemic close up, having volunteered to visit Sierra Leone during the West African Ebola virus outbreak.  The 30-year-old worked in what was known as a “red zone” in Kerry Town, 19 miles from capital Freetown.

As a member of Royal Army Medical Core, he worked as a combat medical technician, receiving awards for Top Trainee and Adult Learner of the Year.

Joshua said: “We treated patients with confirmed or suspected Ebola. The symptoms are similar to those of malaria and gastroenteritis. “We triaged and tested patients to determine whether they had these or Ebola.”

Two-and-a-half years after the first case was discovered, the outbreak resulted in more than 28,600 cases with 11,325 deaths. 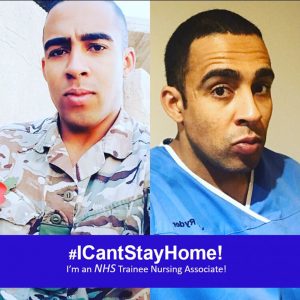 Such was the volatility of the strain – most widespread outbreak of the disease in history – Joshua was only allowed to work in the area for 30 days.

During the coronavirus outbreak he is again working, but the environment could not be more different.

Having left the army in 2018, he is now a trainee nursing associate on a Midlands Partnership NHS Trust acute mental health ward in Stafford.

Joshua, who is father to Tia, aged 12, and her 10-year-old sister Lola, said: “Day to day I am more involved with the physical well-being of the patients – calming them, making physical observations, doing ECGs and bloods.  “I go to Keele University one day a week and am due to start my second year in September.”

It was Joshua’s experiences and expertise in the army that led him to the NHS in general, and mental health in particular.

He said: “I have worked in demanding conditions in various locations around the world. I am adaptable to suit many environments and job roles.” 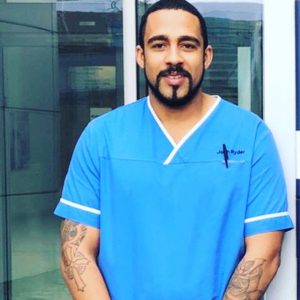 In the military he saw firsthand soldiers suffering poor mental health. One of his friends, also serving in the army, committed suicide.

He said: “I entered the NHS through the Step into Health programme, which has been brilliant.

“I was able to show them what I had done and my experiences counted. There was a lot of competition for the Trainee Nursing Associate place.

“I have been able to prove myself and have had really positive feedback.

“I won an award for Outstanding Impact Since Joining the NHS at the programme’s first ceremony.”

Joshua is helping to treat patients through more difficult times than usual.

“We are doing absolutely brilliantly,” he said. “It would be abnormal, with all the constant changes, if we did not experience stress and anxiety.

“We have adapted and made changes.

“Here our patients have been brilliant.

“We have got a good team here, a good mix of people with different skills. We all support each other and do everything we can for our patients.”

He ran a half marathon last year to raise £500 for Mental Health UK.

“And this month I am running 100 miles, having so far raised £795 for the same charity through JustGiving.” he said.

How military knowledge helps the public

Former service personnel have helped different communities deal with all manner of problems, making urgent deliveries of food and medicines to vulnerable people while also helping those who are shielding receive what they need.

Many others have helped ensure those who need a test for the virus have been able to get one by setting up mobile testing sites, allowing them to run smoothly and safely to daily test thousands of people with symptoms.

A lot of this work has required specific skills our veterans have learnt throughout years of military service.

The work of these veterans goes to show the military gives you key skills, transferable to civilian life – be it healthcare, business or organisation.

Veterans form an important part of our NHS workforce and, throughout COVID-19, many more have come forward to support the continued fight against this pandemic.

Working across a variety of roles, both on and off the frontline, the NHS has benefitted from their military expertise and experiences, invaluable at this challenging time.

From redesigning hospital departments to safely supporting virus and non-virus patients, to providing care for those in Nightingale Hospitals and supporting nurses using military mental health resilience techniques, vets have once again served our country with pride.This is in addition to many who have continued to work in dedicated NHS services for ex-service personnel, such as Veterans’ Mental Health Transition, Intervention and Liaison Service and Veterans’ Mental Health Complex Treatment Service to ensure care and treatment remains available throughout this period, virtually or via phone. 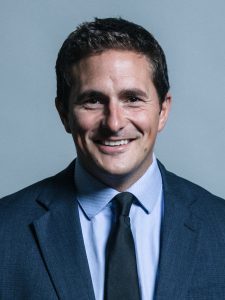 Minister for Defence People and Veterans Johnny Mercer, pictured, said: “Those who’ve served in the armed forces have developed a vast array of skills during their career, meaning they can play a huge part now in our national effort to tackle coronavirus.

“We have seen many veterans making a fantastic contribution during the pandemic, through helping out the vulnerable in their local communities, to running mobile testing sites nationally. We cannot thank them enough for their efforts.”