Mrs Scott, who lives at Burman House, celebrated the milestone with a socially distanced get together with close family last Thursday.

She received presents, flowers, a homemade cake and cards, including one from the Queen.

Connie worked hard for years on the family farm at West Walton with her husband Horace and son Graham, both deceased.

Together they farmed at Grange Farm in Mill Road until 1999 when Horace and Graham retired.

Mr and Mrs Scott then moved into an annexe at their son and daughter-in-law Julie’s home at Ingleborough in Cambridgeshire.

They enjoyed many happy years there until Mr Scott died in 2003.

After Graham died in 2014,  Mrs Scott  first moved to Legge Bourke Court at Walsoken and then finally to Burman House, where she has made many friends.

Mrs Scott’s family thanked staff at the home for looking after her so well and keeping everyone safe in the pandemic. 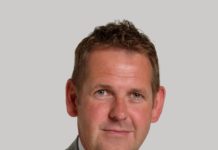