King’s Lynn Town have rounded off a busy week of player activity with the announcement that right-sided player Ryan Hawkins and goalkeeper Alex Street have both reached agreements to return to The Walks for the 2020/21 league campaign.

The news comes hot on the heels earlier in the week that defender Aaron Jones is also West Norfolk-bound for another spell after agreeing a fresh deal.

Speaking following the confirmation that deals for Hawkins and Street had been agreed, the club’s director of football Rob Back said: “I’m really pleased to get both Ryan and Alex onboard for the new season.

“Both of them are parts of the jigsaw we have been looking to put together for a few weeks and to get both of their deals over the line in the past few days is pleasing.

“The football department, along with the chairman, are continuing to work hard behind the scenes in formulating plans for season 20/21 and we continue to make good progress on various fronts.”

Hawkins, 25, joined The Linnets in November 2016. He spent many seasons in the Norwich City academy set up before joining Dereham Town aged 16, hitting 24 goals in the 2014/15 season. He then went to St Neots Town before his move to The Walks.

The popular Street joined the Linnets shortly after their reformation in 2010 and has been at The Walks ever since, being involved in Town’s ride from level five to their current level two. Street has also held a dual registration while at Lynn which saw him see service with Wisbech, Spalding, Deeping Rangers and Leiston.

Street has made more than 450 appearances for The Linnets, amassing over 130 clean sheets. 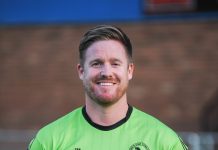 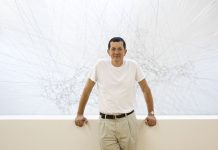