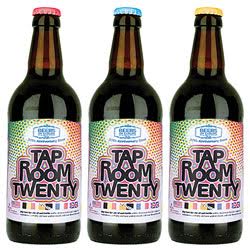 The family-run business is celebrating the milestone by releasing its own beer, called Tap Room Twenty, brewed exclusively by the Norfolk Brewhouse, at Hindringham near Fakenham.

This year will also see the air ambulance celebrate 20 years of saving lives. Beers of Europe has chosen the EAAA as its charity of the year and 20p from the sale of each bottle will go to the cause.

The business, owned by Derek and Carol Clark and their sons, Daniel and Jason, has grown steadily over the last two decades. More than 60,000 people visit the shop every year and its range is also available online.

Daniel said: “Our last 20 years has been spent on a quest to delight people united by their love of beer. It has been a mission we have enjoyed immensely, and we have learned a lot along the way.

“Now, we thought it would be a good time to create a brew of our own. So in cahoots with multi-award winning craft brewers, Moon Gazer, also from Norfolk, a beer was lovingly brewed blending American and French hops, with UK malt to create a Belgian style IPA.”

The EAAA is fundraising for protective gear for its crews during the COVID-19 pandemic. 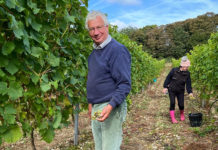 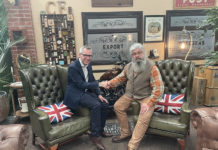