Police dispersed a party in a North Lynn garden after being alerted by a concerned member of the public.

Despite government social distancing advice due to the coronavirus pandemic, Norfolk Police received reports of a “large barbecue/gathering” on Saturday.

They attended at 4.11pm and a police spokesperson said: “Our focus going forward is to reassure, inform and engage with local communities to ensure people understand why restrictions are in place.

“This will be done by traditional methods of engagement, education and communication.

“The priority is to keep people safe, reinforce the government’s messages and of course to protect our NHS.

“We will, where appropriate, initially disperse people rather than use enforcement. If we come across people choosing to break these rules, we will respond accordingly.

“The majority of people are already making sacrifices to save lives which we are grateful for and we urge everyone to follow the advice that is designed to keep us all safe.

“If anyone is concerned about members of the public not adhering to these restrictions, please report it to Norfolk Police online at www.norfolk.police.uk in the first instance.

“Your report will be logged and officers will respond appropriately.”

The gathering was reported to police by a member of the public who has spoken to Your Local Paper.

The reader praised the swift police response after officers arrived at the property within a few minutes.

But he hit out at those who attended the gathering saying: “It is shameful people would even have anything like what looked like a barbecue.

“I was really impressed with the way the police responded. They were there within 10 minutes.”

Last week, Norfolk’s Chief Constable Simon Bailey told residents there was “no room for complacency” after the government asked people to stay at home to stop the spread of the virus.

Public gatherings of more than two people who do not live in the same household have been prohibited.

New laws have also been introduced to give police powers to disperse public gatherings and issue fines to those breaking the rules. 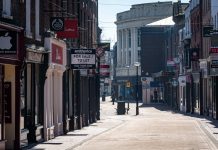 Getting ready for a fight 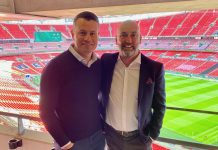 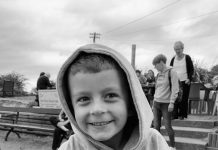