A shopkeeper from Downham Market had a visit a from television camera crew for the BBC One programme Money for Nothing.

The show, presented by Jay Blades who also fronts popular restoration show The Repair Shop, was in town to film at Laina’s Crafts and Wool Shop in the High Street.

Mr Blades made a colourful display unit out of rescued items taken from a recycling centre and it was bought by Amanda Prior, owner of the shop.

She said: “It is a useful addition to the shop and it’s all the better for being constructed of recycled materials.”

The shop only appeared for a few minutes in the programme but the film crew were with her for a couple of hours.

Mrs Prior took over running the shop from her mother Elaine John around eight years ago, her mother having built it up over the previous 20 years, carrying on the presence of a wool shop in Downham Market for at least a century.

As a community hub, she is keen to keep supporting her customers, many of which will be staying at home with the current threat from the COVID-19 virus, by launching a yarn delivery service to those unable to venture into the town. 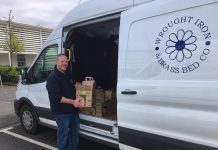 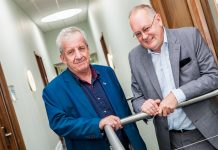 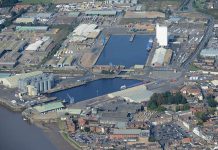 Business as usual for Lynn port in lockdown