Home Sport News Speedway Stars are sidelined until at least May

SPEEDWAY: King’s Lynn co-promoter Keith Chapman has urged all Stars fans to look after themselves during these troubled times, writes Nigel Pearson.

British Speedway bosses announced on Tuesday the new season is suspended with immediate effect due to the coronavirus and this will be reviewed on April 15.

But with the Auto Cycle Union announcing a blanket ban on all off-road motorcycle events until April 30, it means the sport will not start until May at the earliest.

Chapman said: “These are extremely difficult times for everyone in the country right now. We send our best wishes to all our wonderful supporters and urge them all to look after themselves.

“We want everyone fit and raring to go when the season does get started. We are all starved of speedway anyway because we’ve just had the winter so we’re going to be even more hungry for action when we get the green light.

“We have to follow the guidelines set down by the governing body along with Government advice, of course.

“Even if the season could have started, we would have been struggling for riders because of the travelling they do throughout Europe.

“Everyone is frustrated because we were all set and ready to go but that’s nothing compared to the pandemic sweeping the world.

“We thank all our fans, staff and sponsors for their understanding. We just need this whole thing to blow over and we can go racing.

“Our social media channels will continue to be updated on a regular basis but with different content to try to keep supporters entertained but it’s not the same as racing!”

Monday’s scheduled Press and Practice Day at the Adrian Flux Arena was postponed, although some riders did manage to get in a few laps of the track during the previous week. Lewis Kerr, Thomas Jorgensen, Erik Riss and former Star Niels Kristian Iversen had a practice session.

It proved a good exercise for new Stars captain Kerr, who went to Scunthorpe on Saturday and came fourth in the annual Ben Fund Bonanza. 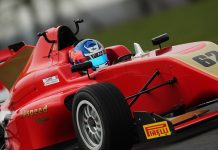 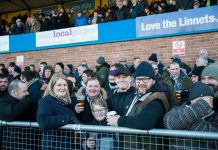