A trailblazing scheme supporting bereaved armed forces schoolchildren in Norfolk has been officially launched at the House of Lords.

Scotty’s Little Soldiers, based on the North Lynn Industrial Estate, already supports hundreds of children and young people across the UK who have lost a parent who served in the armed forces.

The charity, founded by war widow Nikki Scott in 2010, discovered many bereaved children facing major challenges such as PTSD, didn’t receive the care or understanding they needed while in education.

Now Scotty’s is working with the children’s services team at Norfolk County Council to support children and their schools and the charity hopes the high profile launch will encourage other local authorities to follow suit.

The new project, named Abeona after the Roman Goddess who safeguards children as they venture out from home, involves enrolling bereaved military children into the council’s Virtual Schools network, introduced five years ago to identify and support children facing difficulties.

Service children who have lost a parent can now receive the same, much-needed, support as other vulnerable children in the county, Scotty’s has said.

Information will also be regularly shared between the charity, the local authority and schools and youngsters’ wellbeing and progress can be tracked and swift action taken when needed.

Stuart Dark, head of families at Scotty’s, said: “There are a number of challenges faced by bereaved forces children. Not only will they be grieving for a parent, but many of the children will have left their military towns after the death and had to change schools, sometimes mid-way through a term.

“The children therefore face recognised high-risk factors throughout childhood, including parental bereavement, PTSD, familial and educational displacement, financial hardship and being around and caring for grieving surviving parents and siblings. Unmitigated, these can seriously impact on their wellbeing, relationships, development and educational attainment.

“We’ve heard many worrying stories from parents where their children have been treated as disruptive or poor performing at school.

“The children are being perceived as problematic, rather than as needing and deserving help. Another area of concern is the lack of pastoral care in schools. For example, we’ve heard stories where children, who have recently lost a parent in combat, have been made to sit through graphic war history lessons and Remembrance events.”

John Fisher, county council cabinet member for children’s services said: “Children and young people who have lost a parent who served in the military face unique challenges. Along with their families, they have paid the ultimate price

for their country and are among the most vulnerable, so this partnership with Scotty’s is a really important one.

“Our Virtual Schools framework is a well-developed infrastructure that is already effectively supporting vulnerable children such as those who are looked after, or have previously been in care.

“So, it makes absolute sense for us to expand the service to also wrap around those children in our county who have lost a parent who served in the armed forces.

“We are so pleased that we can help support these children, their families and schools in line with our commitment to the Armed Forces Covenant.”

The House of Lords launch of Abeona was hosted by former army chief Lord Richard Dannatt on Tuesday and attended by members of the Lords and House of Commons.

It is hoped local authorities around the UK will now sign up to offer the project’s support to bereaved military children and young people.

Scotty’s chief executive Stuart Robinson, said: “We take the holistic approach when it comes to the welfare of bereaved military children. The idea behind Abeona is to watch over the children and provide continued support.

“We want to avoid, where possible, dealing with the consequences of lack of support. It’s great to see the difference Abeona is already making to families in Norfolk.”

Find out more online at: www.scottyslittlesoldiers.co.uk 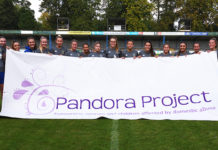 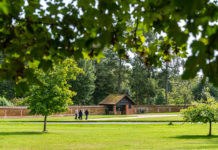 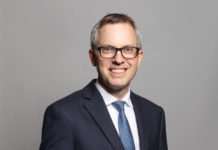