A new road linking the Hardwick Industrial Estate with Fairstead in King’s Lynn could be built as part of plans for a major housing estate.

West Norfolk Council and housing developer Lovell are consulting on proposals for 380 new homes off Parkway in Gaywood.

The new one, two, three and four-bedroom houses could be built either side of Howard Junior School and King’s Oak Academy – described by the council as “the ideal location”.

The split site includes the field next to King’s Lynn Academy in Queen Mary Road, land behind the skate park and a rectangular plot between Plantation Wood and the industrial estate.

Residents are being invited to a consultation event on the scheme at Gaywood Community Centre on Wednesday, March 18 before a formal planning application is submitted to the council.

A letter sent to homes in the area by the council and Lovell this week said: “The development will join two existing areas – Fairstead and Gaywood – to create one new community.”

The proposals include a new bridge into the Hardwick Industrial Estate, with lanes for vehicles as well as pedestrians and cyclists, plus “improved cycle and walkways” through the new development.

The Iron Bridge currently links Rollesby Road on the Hardwick Industrial Estate with parkland behind housing in Gaywood and on the Fairstead estate.

“The new access to Hardwick will ease traffic flow and improve air quality issues in the Gaywood area,” the letter to residents said.

The initial drawings, drawn-up to show what the development could look like, show two entrances to the new development, both in Parkway before Howard Junior School and King’s Oak Academy.

A council spokesman said: “The sites are close to existing amenities, including schools, doctors, the hospital, shops and leisure facilities.

“They are also close to jobs both in town and on the Hardwick, making the site an ideal location. The new bridge into the Hardwick Industrial Estate will provide a good connection point enabling access to the A149, A47 and A10.”

The council said the development was being designed to minimise the number of trees lost. On-site planting would be completed at a ratio of three trees to every tree lost and there are also plans to create a woodland/habitat area nearby, the authority has said.

Peter Gidney, council cabinet member for project delivery, said: “I would urge residents to come along to the information and consultation event so they can find out, first-hand, what is being planned.

“They can ask questions of the project team and provide their feedback so their views are taken into account, as the planning application is prepared.”

Next month’s consultation event, running from 10am to 8pm, will give residents the chance to look at the proposals, speak to project officers and make comments.

Anyone unable to attend the drop-in event will be able to leave comments online at www.west-norfolk.gov.uk/haveyoursay after Wednesday, March 18. 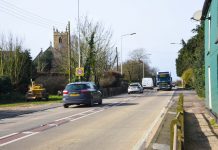 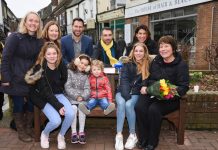 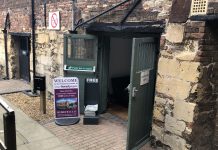 We are here, come and see us