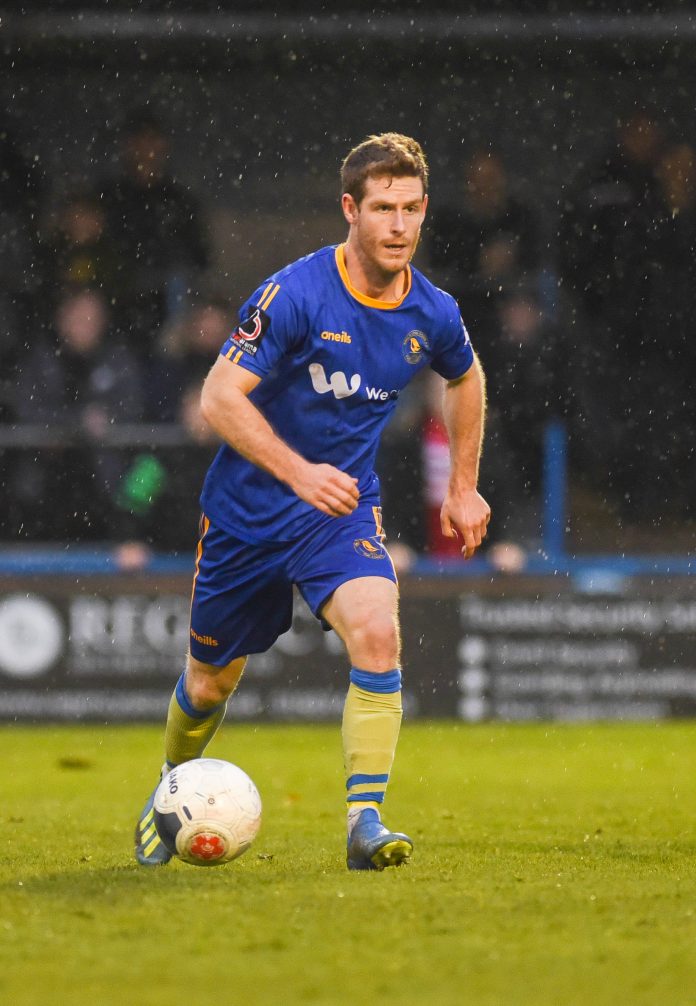 FOOTBALL: A first half Adam Marriott brace and a second half goal from Rory McAuley was enough for the Linnets to cement their National League North top spot with a 3-0 win at Blyth Spartans.

Home keeper Zach Hemming was called into action in the early exchanges, making a superb point-blank save to deny Chris Henderson.

Minutes later and Lynn took the lead, a delightful pass from Michael Gash released his strike partner Marriott and the prolific forward made no mistake.

Just minutes passed and the lead was doubled.

Some great work from recent signing Simon Power saw him turn his defender inside out before teeing up Marriott for his and Lynn’s second of the game.

Alex Street was called upon to keep out efforts from Robbie Dale and Kris Thackeray all before the end of a busy first half.

Lynn continued to dominate in the second half and the third goal arrived on 61 minutes. Aaron Jones’s corner was met by the head of McAuley.

Latest Linnets recruit Dayle Southwell, signed from FC Halifax in the week, came on as a second half substitute to make his debut. Lynn lead York City by four points.

Saturday’s National League North fixtures are big in context with the league table, The Linnets entertain Kidderminster at The Walks, But some eyes will be on Bootham Crescent as second place York City play 3rd place Chester.

Ahead of this weekend’s National League North fixture, the club have been advised that the level crossing gates on Tennyson Road will be closed from the early hours of Saturday morning, February 1 until the early hours of Monday 3.

This means there will be no access to the Stadium from the Wootton Road/Gaywood side of the town on Saturday.

Speaking ahead of the weekend the club’s general manager Mark Hearle had the following advice for supporters attending the game with Kidderminster.

Hearle said: “We have been made aware by Network Rail of the road closure this weekend of Tennyson Road.

“Firstly I must make it clear that the usual full access from the Southgates roundabout end of the road will be open as usual for supporters attending the game.

“Those coming from the other direction will need to find an alternative route to the stadium and will need to set out on their journey a little earlier than normal.

“I would also suggest that an idea may also be to use the multi-level car park behind the police station and walk through the park to ease some of the congestion that may occur in the area of the stadium.

“We apologise to everyone in advance about the disruption that this may cause whilst coming along to Saturday’s game, but the situation is out of our hands.

“By giving advanced warning of the situation, hopefully our supporters will be able to adjust their journey times.”