You’d have been called barking mad had you said King’s Lynn Town would be second in November.

Following their promotion to National League North last season, anything from 20th and upwards this campaign would be a remarkable achievement for Ian Culverhouse’s pack.

Yet they’re well on their way to achieving that – even if they let go of plenty of leads between now and the end of the term.

It’s even more remarkable considering Culverhouse had been in the doghouse when he left The Walks at the end of 2017/18, only to return six months later and prove that every dog does indeed have his day by clinching elevation to Step Two of the non-League pyramid with a never-to-be-forgotten play-off success.

That glory, and style of play that it was achieved in, has gained plenty of admirers and new fans for Norfolk’s second biggest football club.

But none are perhaps as unique and popular as Gus, a beautiful 13-week-old fox red golden retriever.

Super fans Steve and Yvonne Granger’s love for the Linnets has rubbed off on their children Polly and Joe and that is not something to be sniffed at by the family dog. Tuesday’s 5-2 win over Leamington, enjoyed while sporting a new thermal coat to keep him warm, was the pup’s third home game.

Polly said: “He hasn’t been able to attend any away games. I tend to email the grounds to see if they allow dogs in but it doesn’t seem like many do. But when mum and dad got to Nantwich there was a dog in the ground!

“In order to socialise him we were told he needs to meet 100 different people before he is 14 weeks old and football is the ideal opportunity to achieve this.

“As the whole family attends football we didn’t want to leave him at home and therefore we like to have him come to the grounds so he is comfortable with people and new situations.

“The noise of the football can be immense and he is totally at ease with the environment at The Walks. He sits in the stand with us and watches the ball go from left to right on the pitch and then falls asleep on his blanket. Having Gus with us makes us more approachable so we meet new people at games and he enjoys the attention too. It is a shame that more grounds do not allow dogs in as they are part of the family and can bring together home and away fans.”

Gus is yet to see Lynn lose, so perhaps he’s the lucky charm the club he supports needs to help them keep pace with current league top dogs York City.

You can follow the adventures of Gus on Instagram. His handle is @gusgranger_thegoldenboy. With almost 150 followers already, and more than 50 posts, it’s the perfect feed for those who love four-legged friends. So far we’ve seen Gus at The Walks, visiting the beach at Old Hunstanton, investigating some pumpkins and enjoying his first bath. Expect more tails (cough, tales) in the coming weeks and months as Gus gets out and about with the Grangers.

It’s a dog’s life! But what players would make our Linnets’ past and present dogs XI?

A few suggestions are listed below but hopefully you’ll get the drift of this light-hearted pun game that used to be a popular weekly feature on Twitter for BBC presenter Dan Walker.

Glen Fluff (instead of Glen Fuff)

Dave Staffy (instead of
Dave Staff)

Please send your best player dog puns to Gavin Caney on Twitter @GavinCaney, Tweet on the hashtag #LinnetsdogsXI or email gavin@yourlocalpaper.co.uk and if we get enough we’ll publish a team (and those who suggested the players) in next week’s Corner. 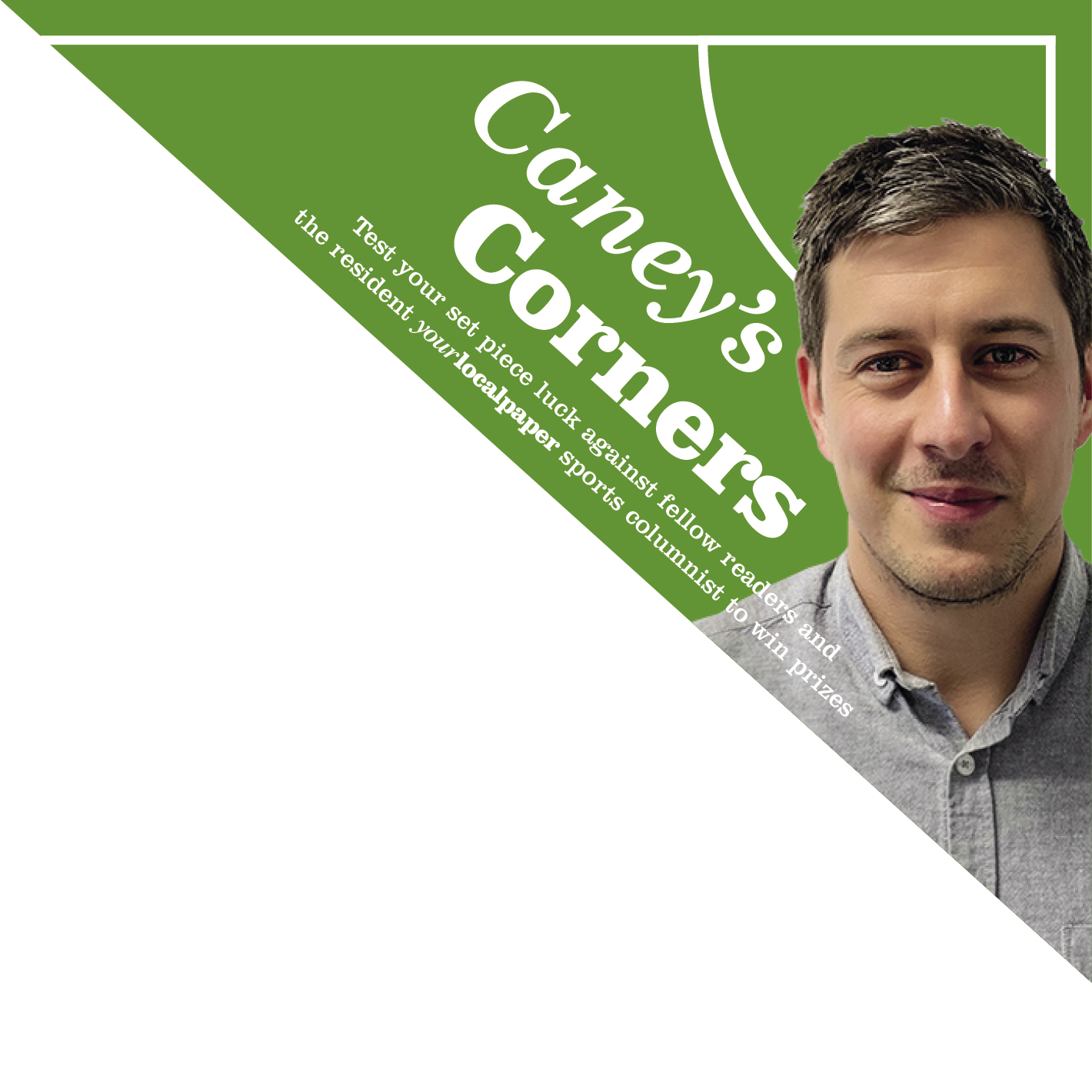 Burnley (had the most corners), 15 (corners in the game)

a) Who will get more corners? N Ireland, Holland or draw?

a) Who will get more corners? Croatia, Slovakia or draw?

a) Who will get more corners? Bulgaria, Czech Republic or draw?

a) Who will get more corners? Andorra, Turkey or draw?

• Email predictions to gavin@yourlocalpaper.co.uk, drop them into Your Local Paper’s office (before 5pm today) or Tweet @GavinCaney on Twitter. Submit via social media or
email before 3pm tomorrow.