The charity has been offered a fundraising performance of Twelfth Night by the Watlington Players which will be performed at the Guildhall next Friday, November 8 at 7.30pm.

This will be followed on Tuesday, November 12, by the award-winning play Pearls from The Grit at 7.30pm.

The original performance of Twelfth Night was in 1601 and starred Lynn’s Robert Armin, Shakespeare’s favoured comedian, who was born at the town’s 78 High Street.

Ian Gooda, director of the players’ Twelfth Night, said: “William Shakespeare may have performed on the Guildhall stage and the thought of me working in the same space hasn’t fully hit me yet.”

Pearls from The Grit, by Suffolk writer Dean Parkin, has been produced by Poetry People and is on tour in Norfolk and Suffolk.

The play is set in Lowestoft’s now lost fishing village known as The Grit.

Tim FitzHigham, a trustee of the Shakespeare’s Guildhall Trust, will be in the cast. 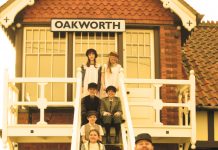