A fundraising appeal has been launched after a 32-year-old father was killed in a car crash on his daughter’s second birthday.

Benji Johnson died instantly when the Vauxhall Astra he was a passenger in was involved in a collision with a tractor in Wisbech Road, Outwell, last Thursday morning.

It is understood he had been returning from the school run with another parent and their child, who both sustained minor injuries.

His fiancée Ashleigh Tooley, 24, had been at their Outwell home, which they shared with six children they had between them, aged between eight and two-years-old.

And now Miss Tooley’s godmother Karen Murdoch has launched an online Justgiving page in a bid to raise funds to relocate the family to Watlington.

On the page, which has raised more than a half of the £2,000 target, it says: “We need to move Ashleigh and the children closer to us in order for us to support her raising the children who have now been left without a father and Ashleigh without her much loved partner.

“All money raised will go towards relocation costs, new clothes and furniture for the children and settling bills. Ben was a lovely man, loving partner and more than anything – a wonderful loving father, who adored his children.”

Police are appealing for witnesses  following last Thursday’s crash which happened  at around 9.10am.

The driver of the tractor, a man in his 50s, was arrested on suspicion of death by careless driving.

Anyone who saw the collision, or the manner of driving prior to the incident, or who may have captured the incident on dash-cam, is asked to contact Andrew Hughes at the Serious Collision Investigation Team by emailing Andrew.Hughes@norfolk.pnn.police.uk or by calling 101 quoting incident number 109 of 10 October 2019. 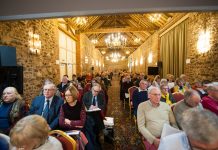 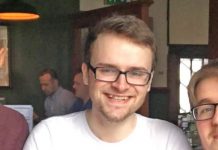 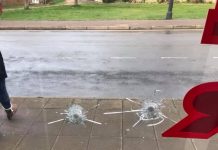