A six-year-old boy with a rare genetic disorder has been given the gift of freedom with a special tricycle.

Elliot Houghton, of North Wootton, has Rubinstein-Taybi Syndrome (RSTS) which affects his mobility, strength and co-ordination as well as poor growth and developmental delay.

The youngster, who has limited speech and cannot walk far, was presented with a bright orange trike last Saturday after four charities clubbed together.

Elliot’s mum Julie, 46, said her son was thrilled to see his new trike, which will enable him to “do things like all the other kids do”.

She said: “Just seeing the look on Elliot’s face when he saw his new trike – he’s so happy. We are so incredibly grateful.”

“The doctors suspected something when he was born. He was born early and had feeding problems and reflux. Even now he’s only in age three to four clothes.

“A geneticist from Cambridge diagnosed him. RSTS affects one in 125,000 people. It was a shock,” said Mrs Houghton, who is her son’s full-time carer.

“It starts in the developing embryo and cannot be passed on. It’s just one of those things,” said Mrs Houghton, also mum to Jessica, 10.

Elliot, who uses a wheelchair and walking aids to help him get around, has undergone many operations, usually for kidney stones which have caused him excruciating pain.

And he is due to have surgery again later this month to remove a benign tumour from his neck.

To help give Elliot something to enjoy, his mum and dad, Chaz Houghton,  68, who is retired, wrote to King’s Lynn Priory Rotary Club to see if members could help them buy a trike which would cost around £1,865. 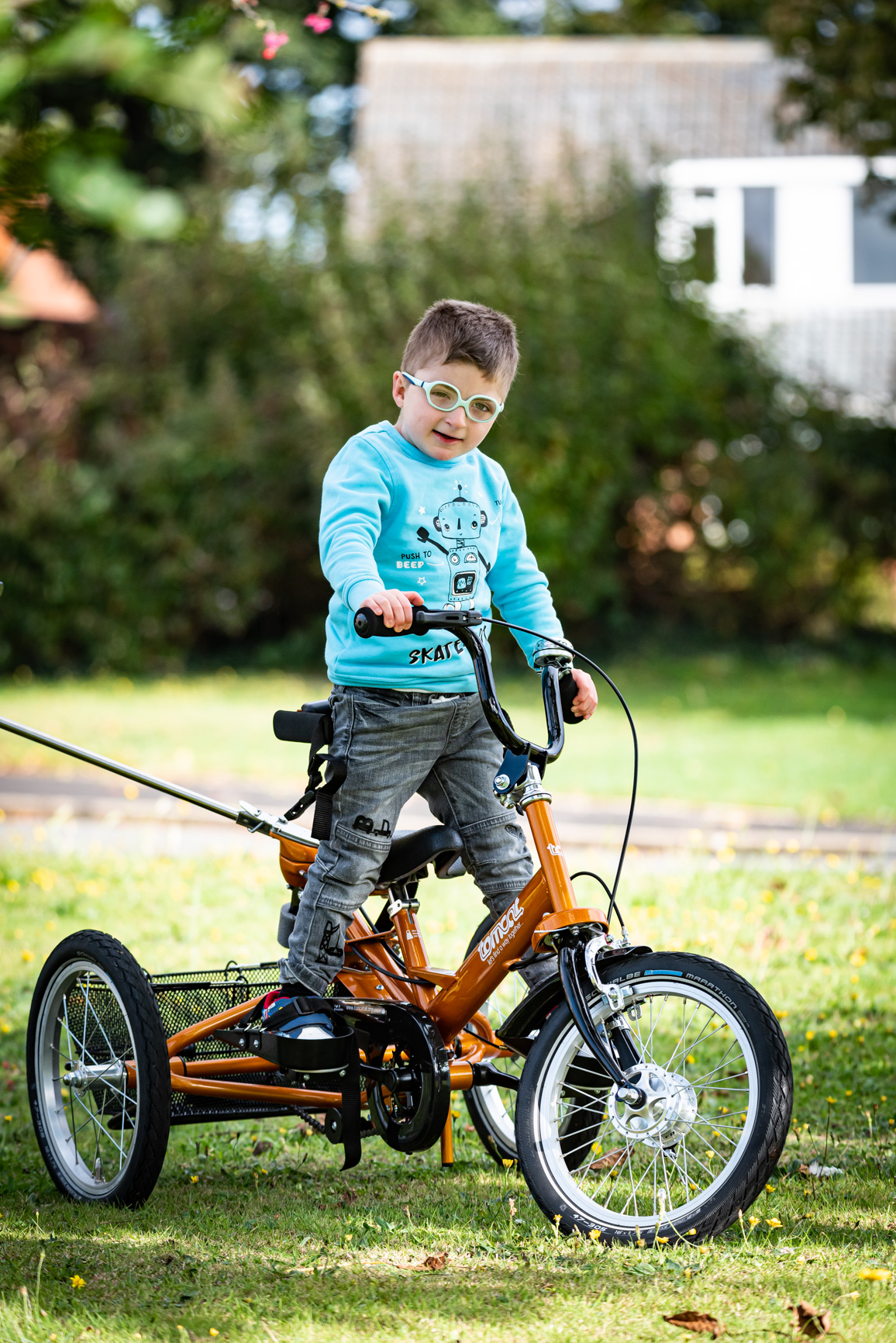 The club teamed-up with Lynn’s Trinity Rotary, the Rotary Club of King’s Lynn and Lynn Lions to help Elliot.

Together, the charities raised £2,000 which paid for the trike plus extras such as a basket and equipment to mount it on a car.

Mrs Houghton praised the clubs for their help and said: “We are so lucky they all worked together to help Elliot. He has been out on his trike in the sunshine and has mastered using the bell which is a milestone as he has angulated thumbs, so he struggles with the pincer grip.

“The trike will last Elliot around five years. One day, we hope he might be able to bike independently.

“Elliot has gone through so much, at one stage he had five operations within a four-week period.