Success guarantees one thing in football.

And that’s admiring glances from other clubs – often those living life higher up the food chain. A player or manager does well at a lower level, gets interest from a club at a higher division, leaves to join them to further their career, former team introduces new player and so the cycle begins again.

It doesn’t matter whether you’re playing at North West Norfolk League level or in the Football League, when one of the big-hitters comes calling, most will be tempted by the chance to test themselves at a better level or bigger club.

The temptation when you’re playing at the higher echelons of the part-time game is even greater, considering the next step is usually to full-time ranks.

So with so many hidden gems lurking in the National League set-up, many trying to find their way back into the professional scene, and budgets tighter than ever, it’s hardly a surprise that bigger fish go lurking below.

King’s Lynn Town boss Ian Culverhouse is a prime candidate for those who are trying to land a catch in the semi-pro pond. He’s played and managed as an assistant at the professional level. And has enjoyed glory with the Linnets.

Any manager who adds a promotion to their CV immediately finds their way on to plenty of radars.

When that person has a wealth of Football League experience and contacts, the name is detected by even more in the game. Throw in an outstanding start after going up, as Lynn are enjoying, then Culverhouse’s stock may never be as high as it is right now.

The odds for him to become the next Lincoln City manager started to come in alarmingly last week but have drifted since. Yet Michael Flynn’s decision to stay at Newport County, after seemingly being the odds-on favourite, has opened the door again.

But he’s left The Walks once before, so don’t be surprised if he exits in the future – especially if a League One or Two club comes calling.

• When our skipper Jack Johnson kept begging for a mention in my column, I told him he’d get a bullet point if he played well on Saturday.

Johnson plugged the very few gaps that arrived in our defence during Gayton’s 2-1 win against Brandon expertly. I look forward to him helping us get out of more holes this term.

Australia retained the Ashes but would England win the Fifth Test to draw the series?

Who will win the British Speedway Grand Prix in Cardiff this weekend? 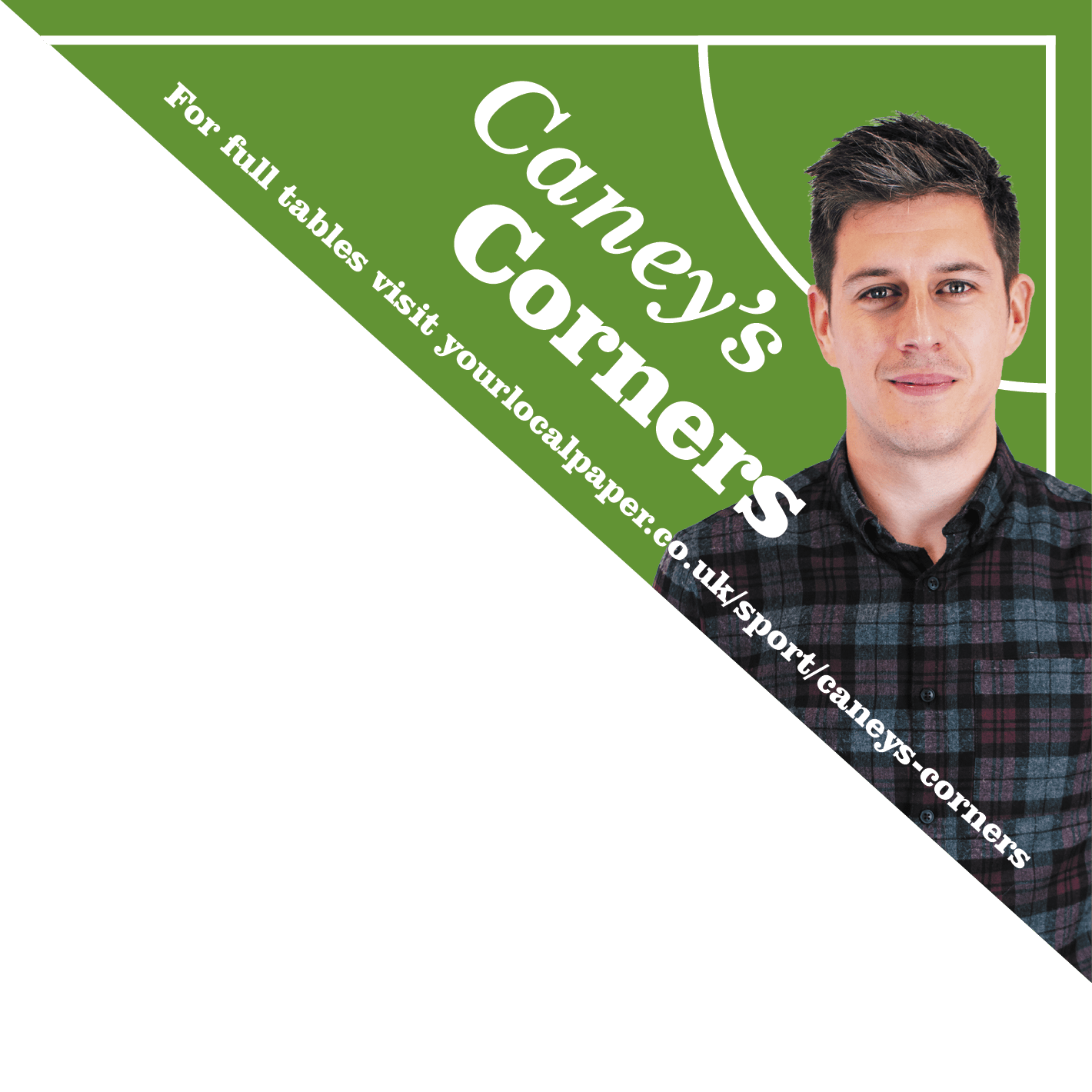 Brighton v Burnley: Burnley (had most corners), nine corners in the game.

a Who will get more corners? Palace, Wolves or draw?

a Who will get more corners? West Ham, Man United or draw?

a Who will get more corners? Arsenal, Villa or draw?

a Who will get more corners? Chelsea, Liverpool or draw?

λ Email your predictions to gavin@yourlocal
paper.co.uk, drop them into Your Local Paper’s office (before 5pm today) or Tweet @GavinCaney on Twitter. Predictions via social media or email must be submitted before 3pm tomorrow.