CYCLING: Alan Hill suffered a painful departure from the final of the BMX World Championships in Zolder, Belgium.

The West Norfolk racer won all his motos, was second in the eighths, second in the quarter-finals and then fourth in a closely contested semi-final, to earn a place in the final.

It was looking good for Hill and he was in second place, coming out of the first turn when he was bumped from behind while jumping, forcing him to somersault.

He landed heavily resulting in a broken collar bone and four broken ribs, necessitating a visit to a local hospital, where he was released later that evening.

With his dad sidelined, the baton for family honour was passed to older son Kyle in the cruiser categories.

He made it through the motos with a 4-3-4 and finished his day with eighth place in the next round.

It was still a good performance, with more than 100 competitors in his 15/16 class.

It was then the turn of his younger brother Jared, in the 11 boys, a class of 163 riders.

He coped well with the intense 40 degrees heat and won his three motos comfortably, going on to take second place in the 16ths and third in the eighths.

He was looking good going into the quarter-finals but faced with a tough draw against world finalists and top riders from the USA.

A slightly late start put him at an early disadvantage. He made his way back to fifth place going into the first turn but was then cut off by another rider, which made his foot come off a pedal and he struggled to get back into contention.

With Alan out of action for the rest of the season, Kyle and Jared next compete at the final rounds, 11 and 12, of the National Series in Bournemouth. 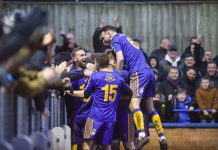 The FA got it wrong on so many levels 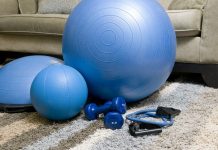 Get online to stay active 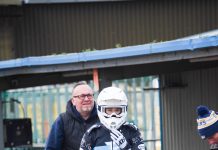