Erik Riss admits he was frustrated that he could not return to the King’s Lynn line-up any sooner but is pleased to be back.

The German broke a collarbone in a crash against Poole in May, which forced him to have a lengthy lay-off from Poultec Stars action to allow his body to heal.

Riss said: “It had been just over a month off but it took a bit longer than expected to recover. I was ready after three weeks but unfortunately, I couldn’t get back into the team, which was quite disappointing at the time.

“It was a positive, though, as it gave me more time to recover and I feel 100 per cent.

“The crash was really unlucky. My steel shoe got caught in the dirt and it pulled my left leg back and I lost balance.

“Whatever happens in life, though, I always look for a meaning, and I found a meaning in that crash so, it is all good.

“I am a believer that everything happens for a reason. I didn’t expect that I would break something but you have always got to be aware of that. You can crash and something can happen.

“I have had a lot of crashes this year and the year before but I never got injured until now. These are the things you can’t control and when something like that happens, you have got to see the positives.”

Riss also takes a different approach when it comes to preparing for racing.

He revealed: “People said Monday’s fixture against Swindon was a tough meeting but I don’t see it like that; for me, there is no competition because I race my bike and I race against myself.

“I always tell myself that I have to win and the only person I fight against is myself. I have to beat my own mind and smash it.”

The Poultec Stars had also secured the services of exciting American talent Broc Nicol, and he was due to make his debut against the Robins but the 21-year-old suffered a broken collarbone in a crash at Leicester two days earlier, which meant Simon Lambert retained his place at reserve.

Riss replaces Ty Proctor in the Stars’ septet and he was immediately been snapped up by rivals Peterborough.

Team manager Peter Schroeck said: “Erik was always coming back to us. He’s an important part of the team and I wouldn’t have wanted him going elsewhere.

“I’d worked with Broc for a while in training schools at Rye House and I really felt that long-term he was going to be a really good addition.”

A champion test for Stars

They have been warned to expect a tough test as the Pirates have strength away from home, as displayed on BT Sport when they won at Belle Vue on Monday.

Poultec Stars team manager Peter Schroeck said: “This will be a tough one. We will need to get at them from the start.

“I know they have injuries to key men but they always seem to bring in superb replacements and they will be a real handful for us.

“We need to keep winning to stay in the hunt for the
play-offs and we need the support of the Lynn and surrounding area’s public.

“It should be a great night.”

The return of German ace Erik Riss saw a rejuvenated Poultec Stars rattle off a third consecutive home win with a 49-40 victory over Swindon on Monday, reports Chris Milsom.

A quick start to the meeting laid the foundations with captain Robert Lambert and Michael Palm-Toft getting them off to the perfect start with a 5-1 opening heat maximum.

A crash involving both Swindon riders saw Lynn handed a 5-0 Heat 2 win, with Stefan Nielsen having to withdraw with a leg injury, to make it 10-1.

Riss and former world champion Jason Doyle were involved in a high speed crash in Heat 5, but both emerged unscathed.

A trademark Heat 14 win by Thomas Jorgensen saw Lynn lead by nine points going into the last race, which saw former Star Troy Batchelor show his Adrian Flux Arena knowledge to take the win ahead of Lambert and Craig Cook.

Stars boss Peter Schroeck said: “I’m really pleased about this result. We did well and made the most of a good start.

“We were consistent and that was pleasing and I thought Erik was excellent.”

Lynn interest in the Premiership Supporters’ Cup had ended at Swindon last Thursday in a 58-32 defeat.

The Poultec Stars failed to card a single advantage all evening, with no answer to home captain Doyle, who raced to a 15-point maximum.

Cook and Robert Lambert hit double-figures but the remaining members of the team got little change out of the home riders. 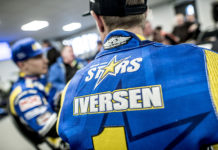 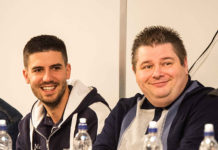 Winning mix is right for Allitt 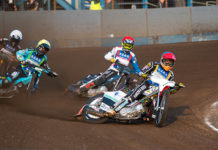